Furniture manufacturing in North Carolina took off after the Civil War, fueled by access to local hardwoods, transportation networks, and cheap labor costs. Cost of labor has long held sway over the industry’s fortunes, and it was the furniture makers themselves that went to China in the 1980s seeking a new bottom to rock bottom prices. The shift had the effect of a buzz saw on employment back home where wages had long been depressed by keeping unions out.

Today, more than 70 percent of furniture purchased in the United States is made elsewhere. For American importers, business has never been better thanks to the uncorking of pent-up demand during the pandemic. Niches within the old industry still exist in places like Hickory and High Point, but even they rely on China labor and expertise making things to fit American tastes.

Leather Miracles is one such niche player, making specialty coverings for furniture, automobile seats, and other products. David Mathison, 70, managing partner, has been in the leather business for years and has branched into prefab parts and finished furniture. How he got into China is the story of the leather industry. 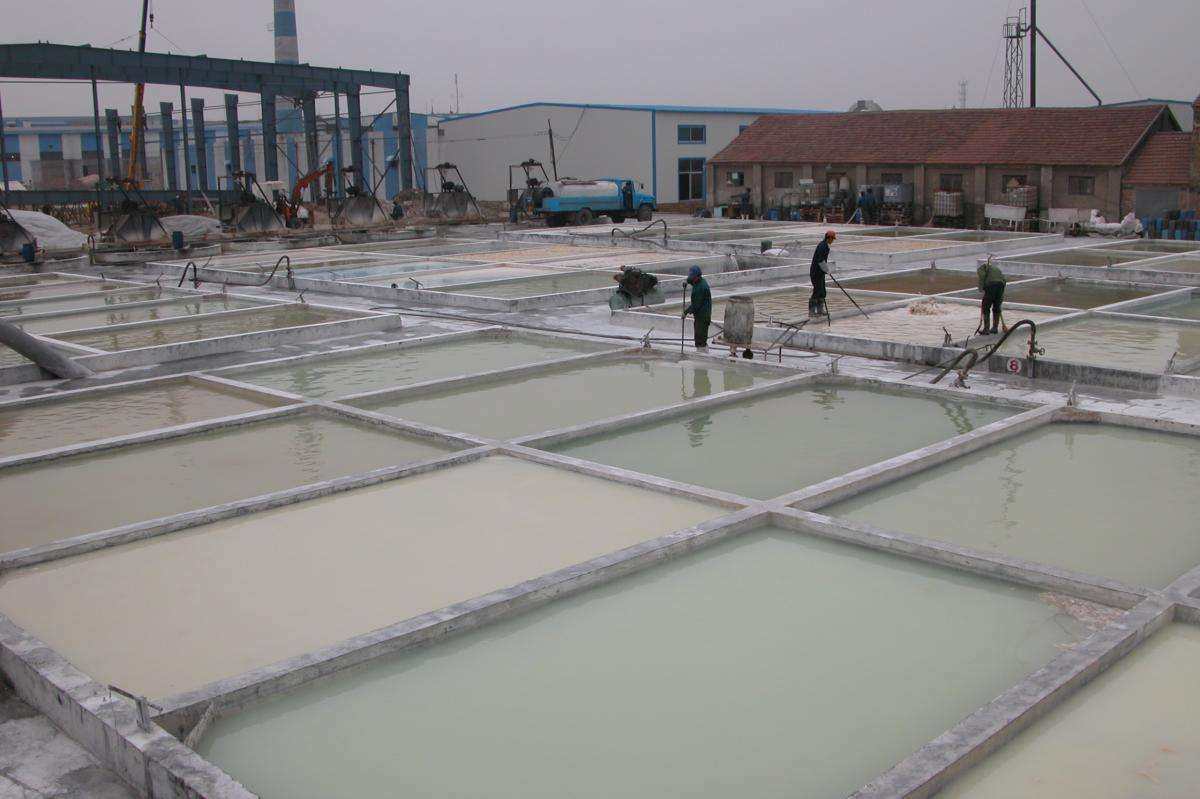 “Leather making is environmentally unfriendly,” he said. “The industry has migrated to the far east. It is no longer made in the United States.” Leather Miracles has operated in every corner of the world. China was the last destination. China manufactures more upholstery leather than any country in the world. “China was easiest to accommodate anything we wanted to do.”

Mathison first set up shop in China in 2000, along with his partner Tim Scopes. They survived recent increases in tariffs, but volume is down. The American furniture industry has invested in China for the last 40 years. “China has the infrastructure to do great things in this industry, while other countries have turned their back on it because of the environmental impacts.”

Mathison said he spends a lot of time defending the environmental policies of China. “They are equal to or better than most other countries today. Water retreatment is the backbone of the industry. Most of the tanneries can meet worldwide standards for environmental safety.”

It didn’t used to be this way. The industry was a serious polluter in the United States and in China. Today, he said, China exceeds the highest worldwide environmental standards for leather processing.

“Labor skill and infrastructure are the real advantage. The Chinese have the best workforce in the world, easily. I’ve worked all over South America, Italy, Germany, Korea, Thailand. Chinese labor is by far the best. They have pride in having a job and doing the best job that they can. How long that mentality will last, I have no idea. But they are proud of what they do.” He particularly admires the craft of cutting and sewing.

"I’ve been going to China every month for the last 17 years except for the past two years when COVID shut down travel. I probably have seven million airline miles. Maintaining this relationship is really important to us.”

Cutting and sewing are a critical part of upper-end upholstery making. China leather products got an exclusion on cutting and sewing after the tariffs were imposed, but then the exclusion was taken away and hasn’t returned, as the Biden administration weighs whether to change a cornerstone of the Trump administration’s China policy. “Most of the people in the United States that used to do cutting and sewing have aged out. It is a skill set not easily found anymore. You can find sewers to do flat work, but not to do more complicated sewing. Since sewers cannot be found in North Carolina or Mississippi, cutting machines provide an alternate way to survive.”

He said North Carolina companies were offering bonuses for people in sewing departments of $5,000. He asks: “If doing business in China is so destructive to the industry in the United States, then why can’t we find upholstery workers who could make up to $80,000? It’s impossible to find the number of qualified people needed. What will the US furniture industry look like in 15 years if there are no programs to develop the core labor?”

The leather industry employs a lot of people, making it attractive for low-income countries. Leather Miracles created 3,500 jobs in China when they started manufacturing there. The company has 55 full-time employees in North Carolina. 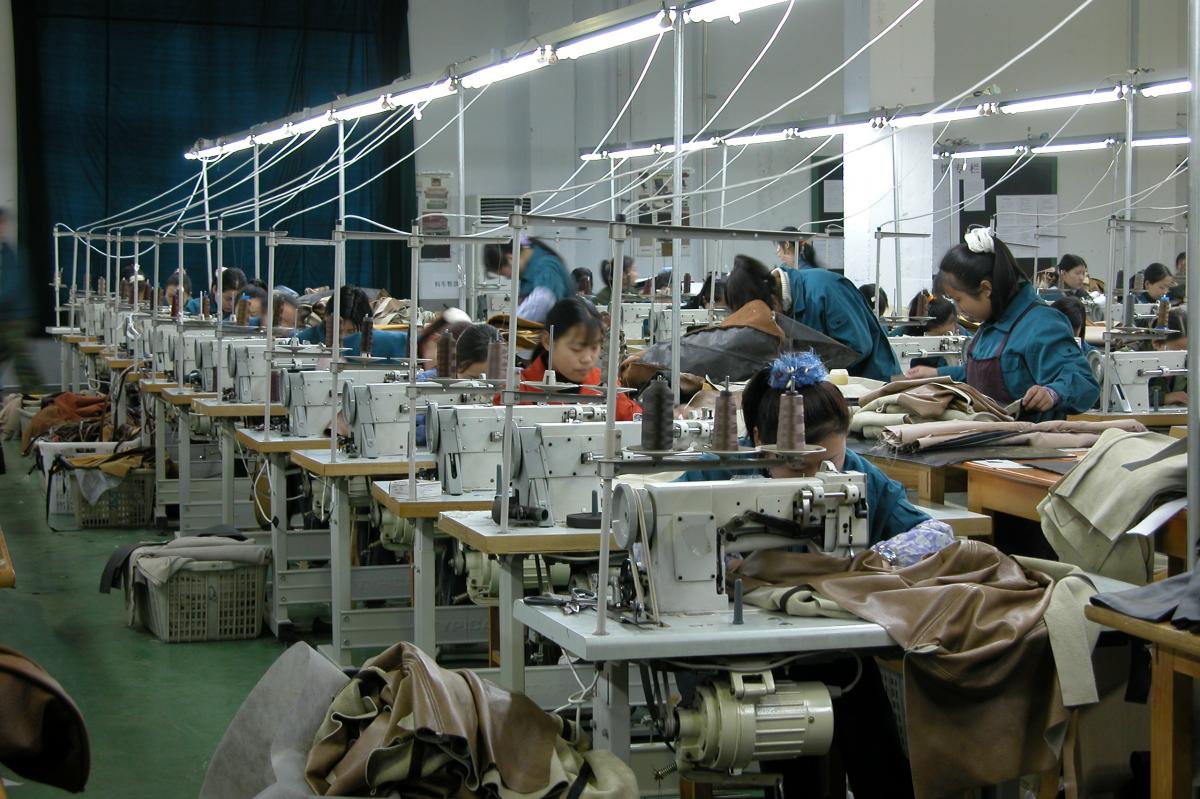 Working with China increases profits, but Leather Miracles uses more expensive US raw material, shipping tanned hides halfway around the world, then back as finished products. More money could be made by using hides from other countries, but US hides make better products, and 50 percent of the value of the finished product is tied up in the hide.

What if trade ended tomorrow? “It wouldn’t be a knockout punch, but we would definitely be punched drunk. I’ve been going to China every month for the last 17 years except for the past two years when COVID shut down travel. I probably have seven million airline miles. Maintaining this relationship is really important to us.”

He explained that the industry moved around the world quickly throughout his career. He’s not surprised things are changing. Said Mathison: “People in business don’t want to get involved in politics. If our government took the tariffs imposed on China goods case by case, there is no way USTR could make a case that making leather in China using US materials undercuts the industry in the United States. There is no leather making industry in the United States. We sell upper-end products, and we can only do that by working in China. At one time we had over 425 hand rubbers—the colors and artistry to the leather are applied by hand. That is a totally different product than is made generally around the world. It is labor intensive but sold at some very good prices.”

He says the biggest issue that faces the trading relationship today is rebuilding what existed before the tariffs and COVID-19—that will take some time and is a much more serious problem. The 25 percent tariff is only one of the hurdles. Rebuilding what has been lost since the tariffs were imposed, plus what COVID-19 has cut off, will be a challenge.

Does he see decoupling as a likely outcome? “We are getting closer to the part of the conversation that I try to steer clear of. Politics don’t mix well with commerce. The lucky part of being able to travel is that I’ve seen there are good guys and bad guys everywhere. We don’t have all the good guys and we still have some of the bad guys, as do other countries.” He said that what’s happening in the bilateral relationship makes him sad, angry, and disappointed all at the same time. Despite his avowed aversion to talking about politics, he proceeded to talk about politics.

He said he learned in business that when Americans are coming, they are welcomed because they can bring jobs. Only since the 2018 tariffs, politics has played a more dominant role.

As a rule, our Chinese partners do not talk politics. He has full faith in the Chinese. He totally believes in the Chinese work ethic and their ability to consistently make good product. His concern is how long they will stay loyal to what is a seriously shaky relationship between the United States and China. How long can things continue like this? They have businesses to run.

“I’m optimistic about a change, but it will require strong leadership to find a solution that is best for the American worker and consumer. It has to be more than just a masquerade.”

One way to keep the business going is to work with his Chinese partners in another country. Vietnam is often the preferred choice. In the end, he said, the Chinese would rather be building product under their own roof in their own country. “The Vietnamese enterprise doesn’t have the capacity to grow to the capacity of China.” But Mexico might, and two of China’s largest furniture makers are opening factories there, potentially avoiding tariffs and lowering costs.

The past couple of years, business has been great thanks to a US consumer trend to put money in their homes. The durable goods market has boomed with back orders of up to 18 months. “No one has experience dealing with that type of demand. The sales strategy in the past few years has been COVID-19. The orders have far outrun what is possible to make. Even if China hadn’t been carrying those tariffs, it would have been difficult to keep up with the demand for home goods in the United States. They have been run ragged.”

They are less ragged now as demand for furniture is falling and Chinese companies are stuck with a supply chain that has over-purchased to keep up with orders, and now they are struggling to keep up with receivables. He wonders what Congress is protecting with tariffs when there is no domestic leather industry to protect.

He testified in Congressional hearings as the tariffs were pushed through. Said Mathison: “I was totally shocked. All the major US departments had representatives there. The members weren’t really interested in what the answers were. They requested a statement in advance of the hearing, but instead of discussing the points outlined in that statement, they requested it just be read. I was disappointed and disgusted to have to sit through that as an open hearing. So, I adlibbed my comments and as a result was invited for an interview on CNBC.”

At the moment, it does not seem there is a vehicle to create a solution. He would be happy to talk to any politician at any time, but prefers people who are truly interested in solutions, not just arguments. “To find something that works, it takes some give and take. Everything is based on clear compromise, and no one is willing to do that. People talk about the Chinese as being our enemy. But they hold so much of our debt; I can’t understand how they reconcile it that way.”

“I’m optimistic about a change, but it will require strong leadership to find a solution that is best for the American worker and consumer. It has to be more than just a masquerade.”