“If you have a business plan in the United States and China is not part of that plan, then you don’t have a really good plan.” Philadelphia native Ken Wong said and deeply believes that. A serial creator of businesses, his latest venture is a partnership with Jeff Ji in NavPac Advisors, a consultancy helping US companies enter and grow in China and other markets in Asia. 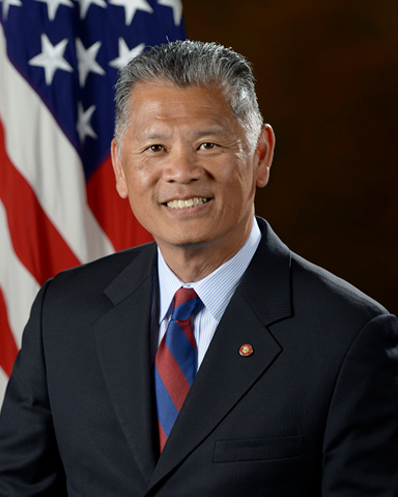 One of his goals is to challenge the myth that China is way too big a market for the smaller company. “If you consider China as a series of micro-markets, namely urban clusters with 2-3 million people, the country does not seem so overwhelming and can be a perfect match,” he said.

Wong and Ji can be seen as fixers, convenors, and go-betweens. Deeply connected networkers and coaches, who open their address books—and create new ones—for their clients. One recent example is an architecture firm that specializes in hospitals and schools. Wong found opportunities for them in a China micro-market by matching the opportunity with the expertise. (Many US architecture firms do business in China. For stories about them, see here).

Born and raised in South Philadelphia, Wong can trace his family back several generations. His great grandfather came from China to help build the intercontinental railroad. He doesn’t know the man’s full name and there are few records from that era. The workers were treated horribly, and many died where they labored. Family back in China never were told what happened. Years later a federal law closed the entire country to Chinese immigration.

“All aboard,” except Chinese

Wong recalled the famous photo of the two locomotives facing each other on the track symbolizing the uniting of two halves of the country. A silver spike was driven into the last rail. “No Chinese workers were allowed in the photo. Decades later the photo was recreated, this time with all Chinese faces.”

Descendants of the great grandfather went back and forth between the United States and China as wars and revolutions waxed and waned. His father came back with no English language skills only to leave again for Hong Kong for an arranged marriage. Wong was added to the family tree, growing up in an Irish Catholic neighborhood where he remembers having to “fight kids with many brothers.”

When he became an adult, businesspeople would ask for advice on the China market and he would informally give it, not knowing it would one day become his latest business venture. Meanwhile, he built his networks, working in 2004 for the Bush administration on issues affecting Asian-Americans and Pacific Islanders. He was chairman of the Governor’s Commission of Asian American Community Economic Development. In addition, he’s chairman of the board for USA Badminton. He wants to use “badminton diplomacy” to use sport to bring the United States and China together. “Board positions came about because they see the value in the Asian-American market and community, but don’t know how to connect. I connect them and do the same in China.”

"Americans and Chinese have created millions of useful relationships. It will be a disaster for all of us if they are systematically broken.”

At the end of the day, he says, it’s about building bridges. “There are a lot of tools to create those bridges. No matter how well we do something, we can do it better. Keep your eyes on developing good relationships. The business part will come.”

What makes the bridging challenging is cultural differences. Wong says the United States is a melding of cultures from all over the world. China is a culture that goes back thousands of years. Concepts of time are different. “American businesses are so anxious to make a deal. I tell them it might take a couple days. You need to eat dinner together, have drinks. They didn’t like hearing that.”

“Americans want to do a quick deal, and then they get sued later because they decide they don’t like each other. In China they decide whether they like you first. Respect matters. Some of the best capitalists I know are communists. There are common goals we can build on.”

Curtains for the fixers?

Given the current state of US-China relations, is the era of the fixer and bridge builder in jeopardy? “No, you need to have the fixer, the matchmaker, and the translator. Keep trying to build strong relationships. Many of our politicians have never had to make a payroll. They don’t get it.  Americans and Chinese have created millions of useful relationships. It will be a disaster for all of us if they are systematically broken.”

In the late 1980's, when Chinese expats were allowed to return to China to claim properties their families once owned, Wong’s father went back to China and built a home for his family. Along a wall are the names of all the men in his family. “Hopefully, my great grandfather’s name is on it, and I will finally know.”