Darin Parker’s export business to China recently topped sales worth $1 billion. That’s not a misprint. His business by design is integrated into food distribution channels, breaking down bulk shipments to serve different market segments, from mom-and-pop grocery stores to brand-name hotels and restaurants. The approach features a cold chain management process and a fleet of trucks that get smaller as they get closer to the end user. “The more of the supply chain you can control, the higher the profit margins.”

Parker began working in Asia 25 years ago starting with food distribution in Japan, South Korea, and Taiwan. He saw first-hand how those markets evolved. The development of Japan was glacial compared to the development of China, Parker recalled, and the business environment was very difficult for foreign companies to succeed. On the other hand, he said: “The China market developed very quickly, and we were able to apply what we learned in other markets.” 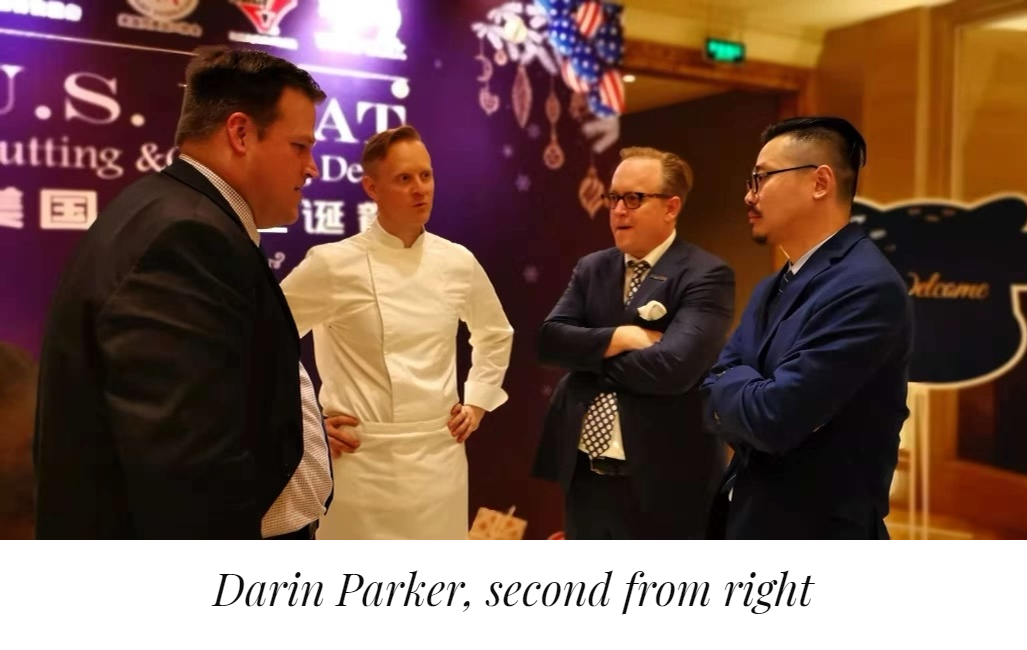 PMI entered China in a roundabout way, by selling beef products to Hong Kong, which was the then gateway to the mainland. “We didn’t get the proper attention,” recalled Parker, “so we decided to go directly to Guangzhou,” a megalopolis in the south. It was a shrewd and timely gamble, and today China represents about 60 percent of PMI’s worldwide sales.

“There were so many things to do there, so many opportunities—cold chains, menu options—it was mind-boggling.” Parker said that he considers himself lucky to have been able to see up close the rise of China to the world’s second largest economy. The journey to date required more than 200 trips to China.

In 2009, Parker’s company merged with the Migliorini family to form Parker Migliorini International (PMI Foods), and a global $3 billion enterprise that annually supplies 1.6 billion pounds of beef, chicken, pork, eggs, and seafood products was born. Today, PMI boasts 400 employees in China and about 110 employees in the United States, with about 60 percent of its staff in Salt Lake City. PMI also has additional employees in 12 sourcing offices worldwide that flow into the company’s China operation. “We source from every place in the world that has protein,” says Parker.

Due to China’s regulations, it was necessary to diversify sourcing worldwide. “For grain-feed beef, you need to go North America, Australia, a little from Uruguay. After BSE (Mad Cow Disease), beef from the United States was banned, and for some years we didn’t have access to the Chinese market.” China has since lifted the beef ban and opened the door to more US chicken products.

"I don’t think you can have a complete decoupling from China. It doesn’t make sense in the boardroom, anywhere in the world.”

PMI tries to match demand with several different products, so customers have more choice. “Protein is not center of the plate in Asia, it is an ingredient,” he said. But with 1.3 billion or so mouths to feed, even a bit of meat protein on the periphery of the plate creates eye-watering demand. “We supply chicken, lamb, beef, pork, seafood, and even rabbit.” Vegetarians do not yet pose a threat to PMI.

By volume, demand is mostly pork and chicken in China. Beef is more expensive because it costs more to raise cows. Then come pigs followed by chickens, which are the cheapest to raise.

Two things help explain PMI’s success in the market. Meat products, with the exception of pork, were exempted from tariffs when former President Trump negotiated the Phase One Trade agreement, paving the way for more imports of beef and chicken. “We are grateful that Beijing and Washington came up with the Phase One agreement. Our industry benefited a lot, with beef and chicken opening up. It also benefited China and Chinse consumers with more product options.” He added that China could one day become the biggest importer of US beef. The United States recently edged out Australia as the fifth largest beef supplier to China. And more sales to China mean the creation of more jobs by PMI in the United States.

Second, PMI operates as a Chinese company in the country with wholly foreign-owned enterprise (WFOE) status, a China legal vehicle that allows PMI to own 100 percent of the business there. WFOEs often have an easier time navigating legal and geopolitical challenges than other kinds of foreign business ventures. Parker says that PMI has good relations with Chinese government officials at the national, provincial, and municipal levels. As a WFOE, PMI qualifies for and has received monetary and other kinds of assistance normally accorded to domestic companies.

PMI did not escape adverse effects of COVID-19. “It hurt at first,” Parker explained, “then there was Renaissance spending. The numbers dropped after the first wave, then when people started spending again and went back to their favorite restaurant, the numbers bounced back.”  But he noted that the situation remains fluid. “While California ports were backed up, the ports in China operated as normal. Now the situation is reversed.”

"I tend to be optimistic. I think the US-China relationship will continue to grow.”

Does Parker worry that the best days may be over for the meat protein business in China as US-China tensions heat up? “China is the second largest economy in the world, and there will always be business relationships between America and China. I don’t think you can have a complete decoupling from China. It doesn’t make sense in the boardroom, anywhere in the world.”

“The China-US relationship is the most important bilateral relationship in the world. All other countries benefit from a good relationship between these two countries,” says Parker. This assertion is not widely accepted in Washington or Beijing — yet. But Parker said PMI is engaged in an ongoing dialogue with elected representatives in Washington, DC, about the continuing importance of China-US trade. “The problem is that for the most part policymakers haven’t spent time in China. They don’t understand it. In any case, food should never be used as a political tool.”

Parker avoids talking politics with his China staff and customers. “It doesn’t benefit the priorities of PMI. Our focus is the customer. Sometimes when US-China tensions build up, we all get concerned and it might become a topic of discussion about what we will do if this happens or that happens. We prefer to talk about the importance of trade and how it can be increased.”

Parker says he has learned a lot from the Chinese culture. “They are master negotiators. They are extremely detailed. They have an incredible work ethic.” Have his staff and Chinese buyers learned from him? “I’ve never asked the question, but I hope they have. We have a lot of training about compliance and how we do things. We are looking to optimize the qualities of the Chinese with all the qualities of the Americans and take the best qualities from each to move forward.”

“I am American, but the company isn’t just based on American values. I have learned so many wonderful things from different cultures. PMI tries to blend all those into the company.”

The blending began decades ago when he did a mission stint in Buenos Aires, Argentina, representing the Church of Jesus Christ of Latter-Day Saints. He had just graduated from the University of Utah with a joint degree in Spanish literature and business economics. “It opened my mind,” he said of the travel experience. “When you leave your own country, you can see it and other countries through a different prism. Whether Argentina, China, or Ukraine, there are decent, basic human tendencies that we all have. If we could just come together and incorporate the good from everywhere, we would all be far better off.”

A helping hand for those in need

Not that he has much extra time on his hands, but he still has found time to oversee PMI’s food donations to Ukraine using CityServe, which operates in the country and has a network of churches on the ground helping people that don’t have food or shelter. “We are just getting a supply chain into the country, working with our suppliers and friends to get donations to those in need. We feel this cause is super-important, and it’s our duty as people who know how to deliver food under challenging conditions. This month alone we just delivered 100,000 life sustaining meals to Ukraine.” 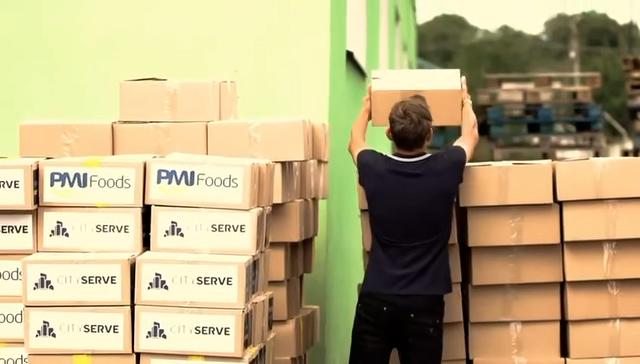 PMI has grand plans for their China operations and more investments will follow. The company plans to continue building out their three platforms: global solutions, selling containers to importers; importing products themselves, for distribution through their cold chains; and food service, including direct deliveries to restaurants. Parker said that PMI intends to expand food service from five today to 20 major locations in China. However, he noted that time horizons for PMI’s expansion have had to be modified because of damage to the food service sector caused by COVID-19 lockdowns.

It will be an interesting five years, agrees Parker, maybe more so than the last 25. “The future is bright for PMI. Even with all that is going on in Ukraine, Russia, the United States, China, and around the world, I think cooler heads will eventually prevail. I tend to be optimistic. I think the US-China relationship will continue to grow.”