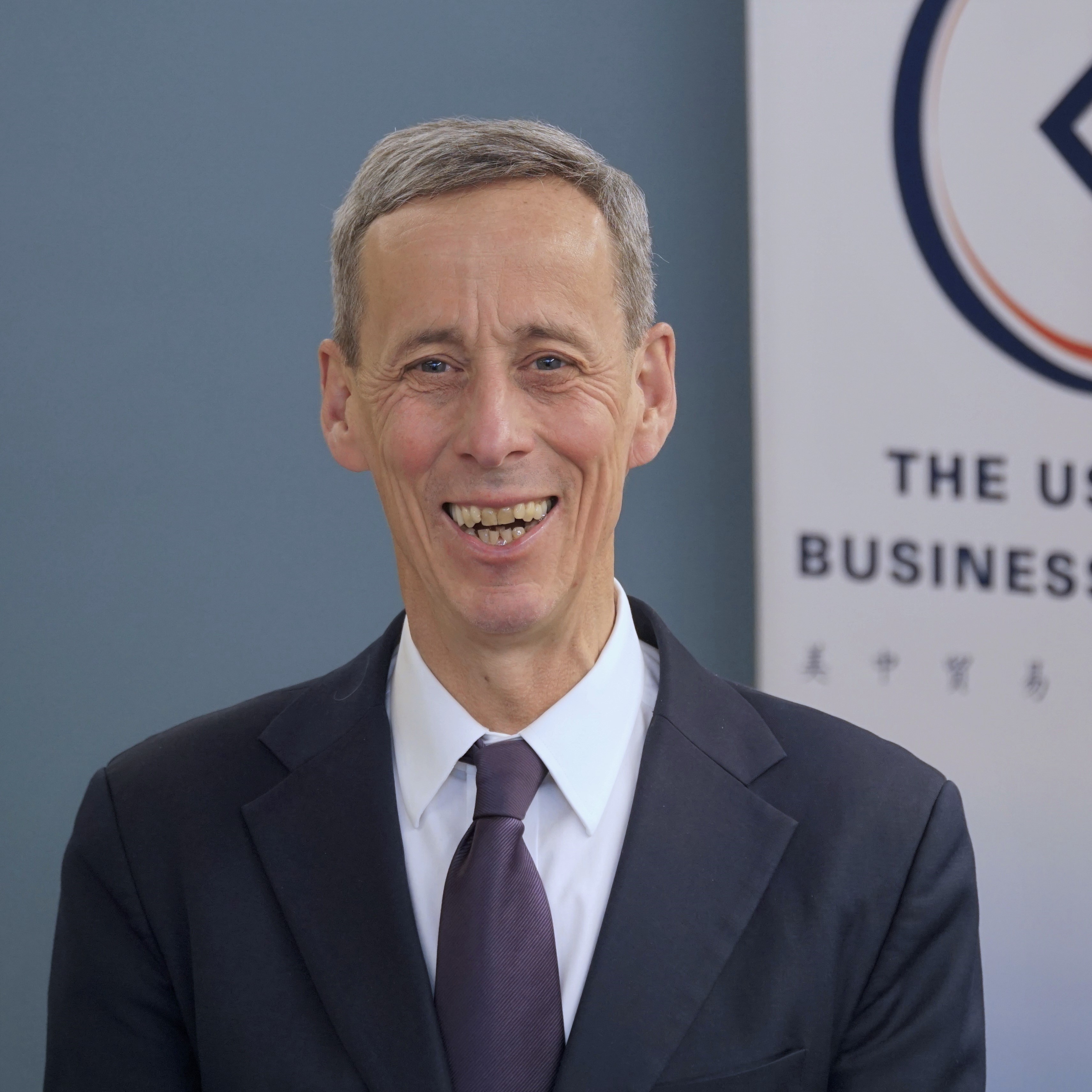 On July 26, 2018, Craig Allen began his tenure in Washington, DC as the president of the US-China Business Council (USCBC), a private, nonpartisan, nonprofit organization representing over 260 American companies doing business with China. Prior to joining USCBC, Craig had a long, distinguished career in US public service.

Craig began his government career in 1985 at the Department of Commerce’s International Trade Administration (ITA). He entered government as a Presidential Management Intern, rotating through the four branches of ITA. From 1986 to 1988, he was an international economist in ITA’s China Office.

In 1988, Craig transferred to the American Institute in Taiwan, where he served as Director of the American Trade Center in Taipei. He held this position until 1992, when he returned to the Department of Commerce for a three-year posting at the US Embassy in Beijing as Commercial Attaché.

In 1995, Craig was assigned to the US Embassy in Tokyo, where he served as a Commercial Attaché. In 1998, he was promoted to Deputy Senior Commercial Officer. In 1999, Craig became a member of the Senior Foreign Service.

From 2000, Craig served a two-year tour at the National Center for APEC in Seattle. While there, he worked on the APEC Summits in Brunei, China, and Mexico. In 2002, it was back to Beijing, where Craig served as the Senior Commercial Officer. In Beijing, Craig was promoted to the Minister Counselor rank of the Senior Foreign Service.

After a four-year tour in South Africa, Craig became Deputy Assistant Secretary for Asia at the US Department of Commerce’s International Trade Administration. He later became Deputy Assistant Secretary for China. Craig was sworn in as the United States ambassador to Brunei Darussalam on December 19, 2014. He served there until July 2018, when he transitioned to President of the US-China Business Council.

Craig received a B.A. from the University of Michigan in Political Science and Asian Studies in 1979. He received a Master of Science in Foreign Service from Georgetown University in 1985.