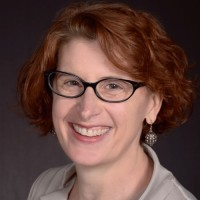 Erin Ennis has been Senior Director for Global Public Policy at Dell since July 2019. In that position, she leads the company’s international trade, privacy, and cybersecurity policy work, as well as other issues.

Ennis joined Dell after nearly three decades in Washington. As Senior Vice President of the US-China Business Council (USCBC) from 2005 to 2019, she directed USCBC’s government affairs and advocacy work for US companies and oversaw the organization’s business advisory services. She also led a coalition of other trade associations on issues of interest to companies doing business with China. Prior to joining USCBC, Ms. Ennis worked at Kissinger McLarty Associates, an international consulting firm headed by former Secretary of State Henry Kissinger and former White House Chief of Staff Thomas “Mack” McLarty. At Kissinger McLarty, Ms. Ennis was responsible for implementing strategies for international business clients on trade matters, primarily in Vietnam and Japan.

Before entering the private sector, Ms. Ennis held several positions in the US Government. From 1992 to 1996, Ms. Ennis was a legislative aide to former US Senator John Breaux, working on international trade and commerce. She also worked on health care issues during the Senate’s consideration of President Bill Clinton’s health care reform proposal, an issue on which Senator Breaux actively worked to broker a compromise.

At the Office of the US Trade Representative from 1996 to 2000, Ms. Ennis first worked in Congressional Affairs on Asia issues, including annual approvals of China’s most favored nation status and the ill-fated 1997 push to renew presidential “fast track” negotiating authority. Beginning in 1998, she was assistant to Deputy US Trade Representative Richard Fisher, who led US trade negotiations and enforcement with Asia, the Americas, and on intellectual property rights.

A native of Louisiana, Ms. Ennis has a BA from Mount Holyoke College, where she currently serves as a trustee, and a Masters in International Affairs from The Catholic University of America. She is an active volunteer for the Washington National Cathedral. In 1999, Ms. Ennis completed the Marine Corps Marathon in under a quarter of a day and successfully laid to rest any lingering desire to run future races.