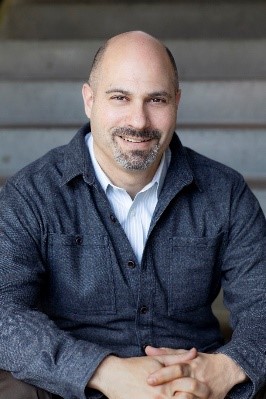 Jason Matusow leads a group of technical diplomats responsible for Microsoft’s strategy and engagement in international standards organizations. The Corporate Standards Group is engaged in improving the trustworthiness of information technology through international standards and has members based in approximately a dozen countries. Success comes through collaboration with government, academia and industry to develop a mix of policy and technology approaches that advances concepts related to privacy, security, data and artificial intelligence.

Since 2005, Matusow has been a strategist on the broad spectrum of issues that make up Microsoft’s global commitment to standards and interoperability. He works closely with product teams and the executive staff of Microsoft as the company continues to address challenges in the domains of artificial intelligence, privacy, data and cybersecurity standardization. He maintains extensive contacts throughout the software industry and academia to facilitate the flow of ideas and information between Microsoft and others as the global community continues to wrestle with the implications of new technology, business, development, and legal models.

In addition, Matusow has a portfolio of responsibilities directly related to Microsoft’s business in China. His organization is responsible for the coordination of development, testing and reporting necessary for all products and services delivered in the Chinese market to be compliant with compulsory standards. He also oversees Microsoft’s policy and strategy work related to standardization activities both in China and related to Chinese engagements in the international standards arena.

Matusow has presented at hundreds of industry events and has been published in academic journals and curated collections of essays. He authored an industry blog that reached tens of thousands of monthly readers over a five-year period and represented Microsoft in thousands of media and industry analyst engagements during his career. Matusow has represented Microsoft in cross-industry groups and associations and currently chairs the ITI Standardization Policy Committee.

Matusow has been in the software industry since the early 1990s. During his early tenure at Microsoft, he held roles involved in enterprise infrastructure software, the Year 2000 date change, and information security. For five years, Matusow was responsible for Microsoft’s Shared Source initiative and was the public spokesman on open source software-related issues. Before joining Microsoft in 1995, he co-founded a PC and networking business. Matusow is a graduate of Boston University. He currently lives in Portland, Oregon with his wife and two children.

Microsoft is a registered trademark of Microsoft Corp. in the United States and/or other countries.

The names of actual companies and products mentioned herein may be the trademarks of their respective owners.