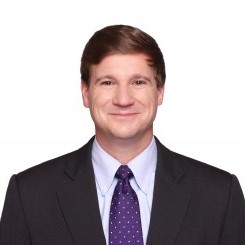 John Larkin is the CEO and President of Larkin Trade International (LTI), which he founded in June 2005 and has since grown into one of the leading providers of trade compliance consulting in China and the Asia Pacific region. LTI provides tailored services to its clients in the areas of export controls & compliance, customs compliance, due diligence, standards, business strategy and market research through its extensive experience in the relevant regulations in the US and Asia.

Prior to founding LTI, John served as the Director for Export Compliance for Veeco Compound Semiconductor, a company that provides compound semiconductor manufacturing equipment for use in the production of light emitting diodes, radio frequency emitters, and solar cells. In this position, John utilized his knowledge of Asian markets and export controls to assist Veeco in addressing its trade issues relating to Asia and other areas of the world, including developing a market strategy in line with export compliance policies, providing guidance on logistics and regulatory issues, and serving as a primary liaison with U.S. and foreign government officials.

From 2002-2004, John served at the U.S. Embassy in Beijing as the Export Control Attaché and as a Commercial Officer. As the Export Control Attaché John was the Bureau of Industry and Security representative in China serving as the U.S. Government expert on dual-use export controls. In that role, John traveled extensively throughout China conducting site visits at Chinese companies and meeting with provincial Chinese Government officials. John was a primary U.S. Government representative in negotiating a bilateral export control agreement that was concluded in 2004. The Secretary of Commerce awarded John a Gold Medal for his role in these negotiations. As a Commercial Officer, John provided counseling and assistance to U.S. companies on a broad range of trade issues and served clients in various industry sectors, including aerospace, machine tools, nuclear, and IT/Telecom. John authored reports for the Country Commercial Guide for the machine tool and security equipment sectors, among others, as well as program reports on export controls and standards.

From 1995-2001, John was a Special Agent, first with the U.S. Customs Service in Los Angeles, then with the Dallas Field Office of the Bureau of Industry and Security. As a Special Agent, John conducted administrative and criminal investigations related to U.S. Government trade laws and regulations, including valuation, intellectual properties rights, antidumping, and export controls. From this experience, John became well versed in U.S. and foreign trade laws and regulations. In 2001, the Secretary of Commerce awarded John a Silver Medal for the successful completion of a complex and international investigation.

John is a graduate of the University of Pennsylvania (B.A. 1989, M.S. 1989) and a veteran of the United States Marine Corps. He speaks, reads, and writes Mandarin Chinese.