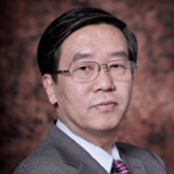 Dean of Institute for Common Prosperity and Development
Zhejiang University

Professor Li Shi graduated from Nanjing University’s Department of Economics, and in 1984 obtained his Master's degree from Peking University’s School of Economics. From 1985 to 2005, Professor Li worked at the Chinese Academy of Social Sciences’ Institute of Economics. Since August 2005, he has been a Professor and Doctoral supervisor at Beijing Normal University’s Business School. During his career, Professor Li has founded multiple high-end think tanks such as the China Institute for Income Distribution, the Center for Policy Simulation, the China Center for the Economics of Human Development and more, which have supported the development of Socialism with Chinese Characteristics as well as income distribution theory, and provided important theoretical basis and intellectual support for the major national decision-making strategies. Professor Li’s main research fields include development economics and labor economics, with income distribution, public policy, poverty and labor market being the focus of his research in recent years.

Over the past 30 years, Professor Li has devoted himself to the research of income distribution and has achieved fruitful academic results. He has won the eighth 'China Economic Theory Innovation Award' (the highest award of theoretical economics in China) and has won the 'Sun Yefang Economics Award' in 1994, 2010 and 2017. He has also been honorarily referred to as 'Mr. Chinese Income Distribution' by global academia. Professor Li and his team attached great importance to serving Chinese society through academic achievements, and has had their Policy Consultation Report approved by national leaders many times. Professor Li is also a member of the leading group for poverty alleviation and development experts advisory committee of the State Council and the expert advisory committee of the Ministry of Agriculture and Rural Affairs.