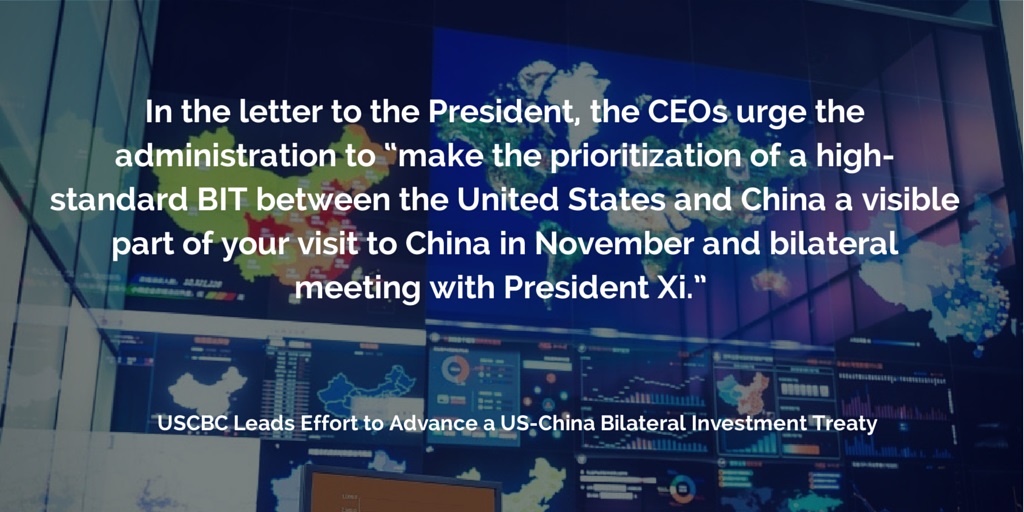 Understanding what BITs do and don’t do is important. The United States and China—the world’s two largest economies—are currently negotiating a BIT, making the issue particularly relevant today.

A BIT is an agreement between two countries that sets up “rules of the road” for foreign investment in each other’s countries. BITs give US investors better access to foreign markets—and on fairer terms. The United States currently has BITs with 42 countries.

A high-quality US-China BIT would give American companies better access to China’s market, and equal rights as Chinese firms. These guarantees would provide American companies with a better opportunity to expand in China – the world’s second largest economy, with a middle class that will soon be larger than the population of the United States.

USCBC: BITs - What They Are and Why They Matter

Goldman Sachs - Video: What are the Opportunities Created by Increased Investment between the US and China?

Goldman Sachs - Podcast: The Future of the US-China Economic Relationship

Paulson Policy Memorandum: BIT by BIT - A Path to Strengthen US-China Economic Relations
USCBC Memorandum: Bilateral Investment: Growing, but Smaller Than It Should Be

Over the past 35 years, US investments into China have risen dramatically. Still, investment barriers in China have limited US companies’ ability to invest in China in key sectors. At the same time, Chinese investment in the US is growing exponentially, largely because of the United States’ open market. 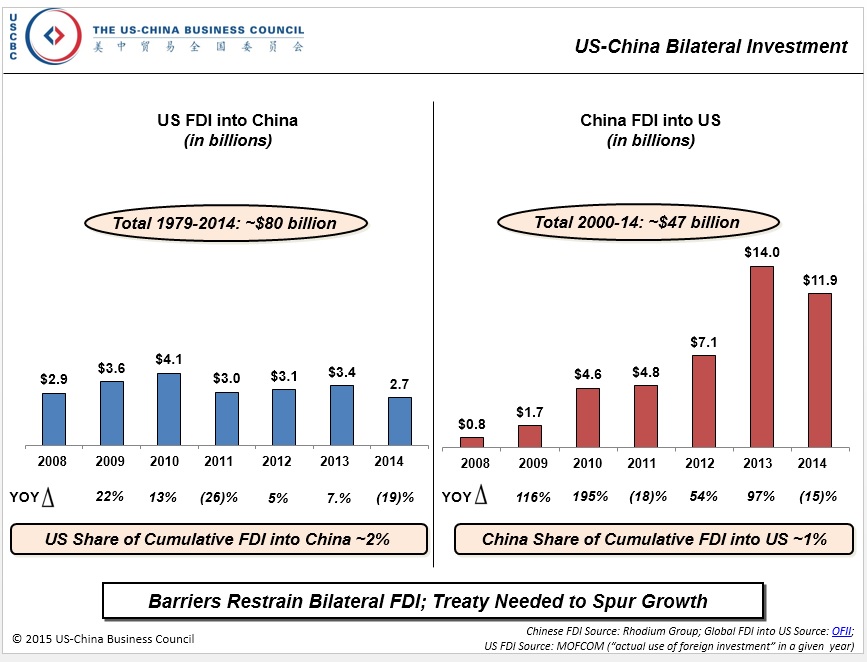 Why do US companies invest in China? Mainly, to serve the China market. The vast majority of US companies operating in China sell their goods to local buyers – not back the United States. 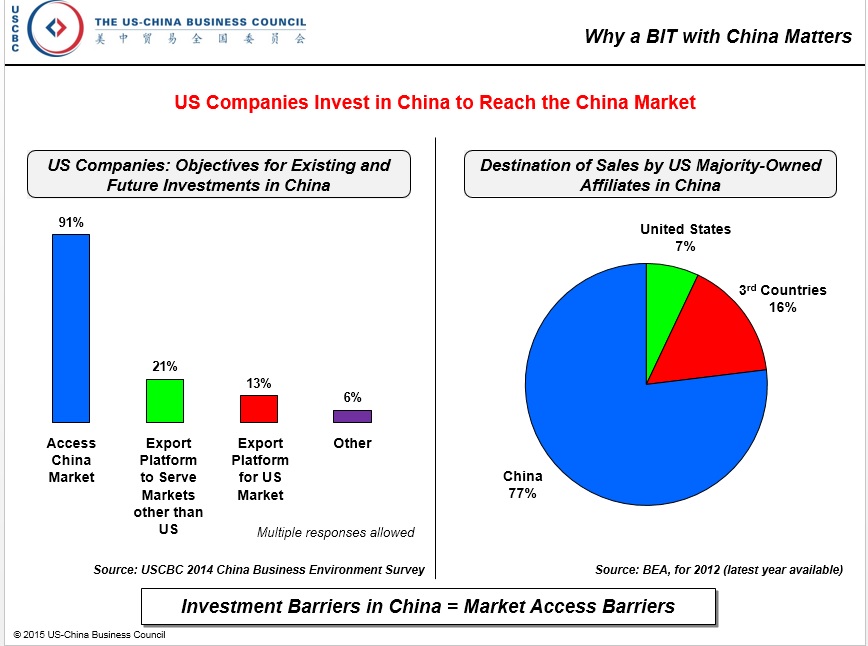