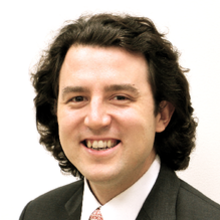 David Vance Wagner is China counsellor for the Office of the Special Envoy for Climate Change at the US Department of State. He serves as the principle China advisor to the US’ chief international climate change negotiator, Jonathan Pershing, and to senior State Department and White House officials on China’s climate and air quality developments. Vance leads and manages the US-China Climate Change Working Group, including recent negotiations at the eighth session of the US-China Strategic and Economic Dialogue (S&ED) in Beijing. He has chaired the organizing committee for the US-China Climate-Smart/Low-Carbon Cities Summits in Los Angeles (September 2015) and Beijing (June 2016), and also served on a small, select team as a core negotiator and analyst for the Obama-Xi presidential announcements on climate change in November 2014, September 2015, and March 2016.

Prior to joining the State Department, Wagner was a senior researcher and China co-lead at the International Council on Clean Transportation, where his work focused on providing technical and regulatory support to Chinese policymakers to reduce the air pollution impacts of motor vehicles. He previously lived in Beijing for nearly seven years, during which time he served as the first and only foreigner at China’s national vehicle emission policy research center under the Ministry of Environmental Protection. Wagner has an undergraduate degree in mechanical engineering from Stanford University and a master's degree in environmental science and engineering from Tsinghua University.