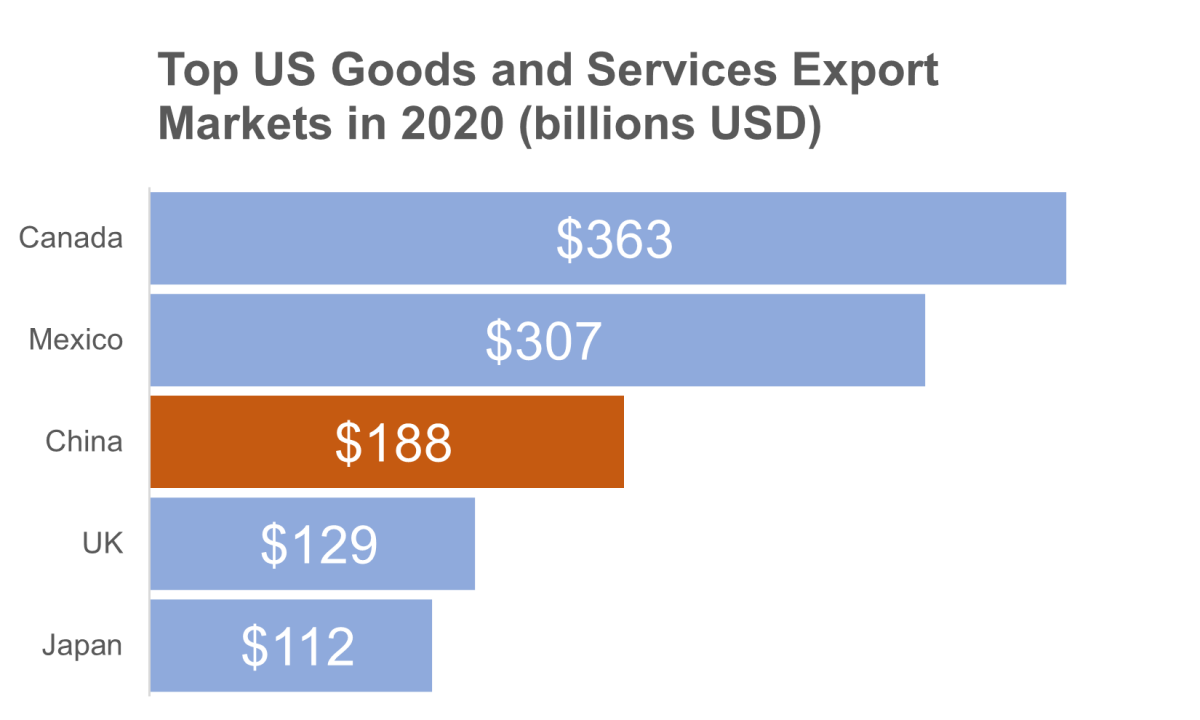 It supports US jobs. American companies exported $164 billion in goods and services to China in 2019, constituting 7.4 percent of US exports. While expanding foreign trade can disrupt US employment, trade with China also creates and supports a significant number of American jobs. Exports to China support nearly 900,000 US jobs, and Chinese companies invested in the United States employ over 160,000 workers. 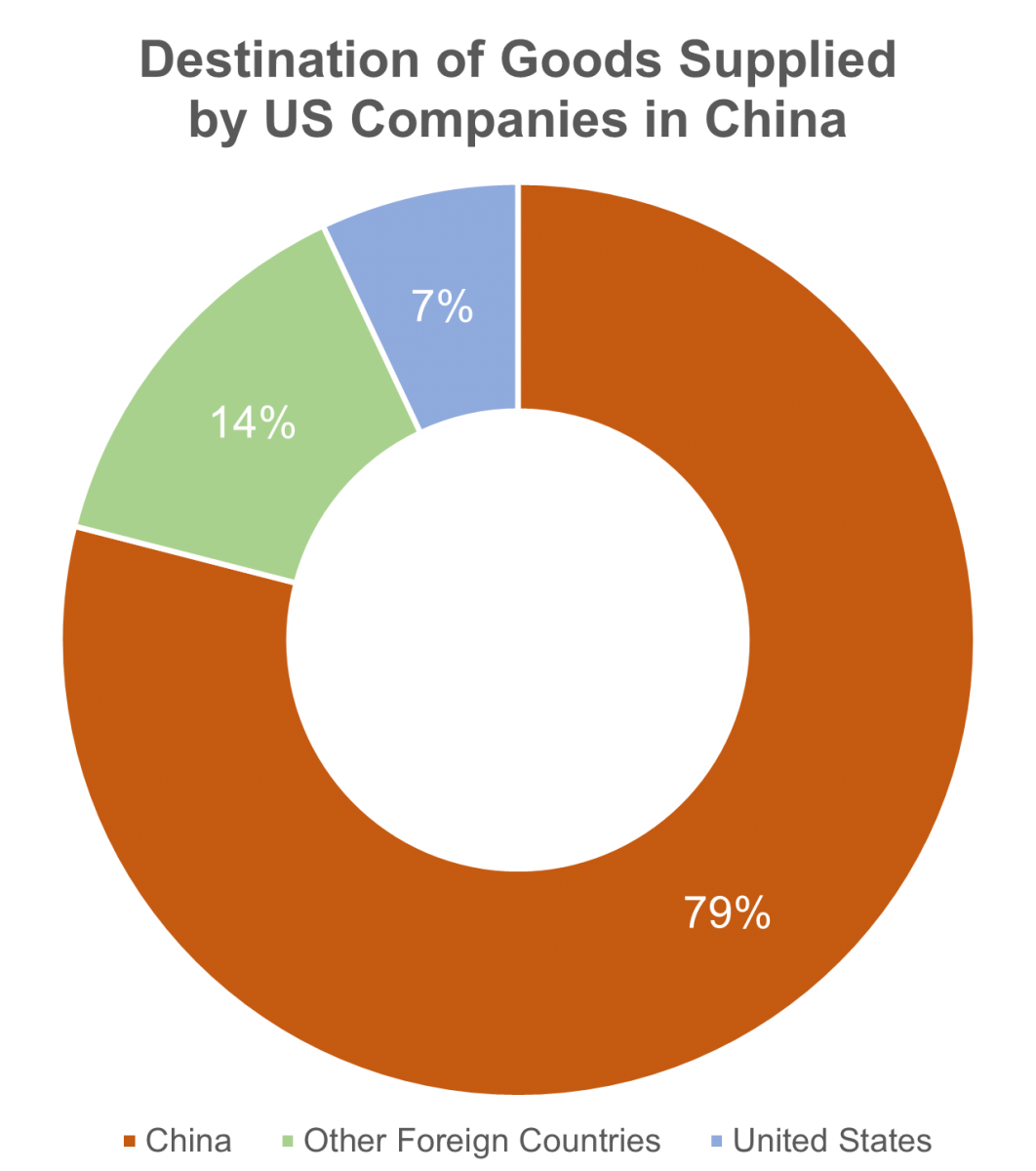 It helps US companies compete globally. In addition to exporting goods to China, US companies do a significant amount of business on the ground there. According to official US data, sales by American companies invested in China reached $379 billion in 2019, the last year of available data. That is more than double the value of US exports to China. Companies can then reinvest in R&D and develop cutting edge technologies, which contributes to the United States’ position as a leader in innovation.

Investment in China is increasingly important for US companies to access the growing Chinese market. For many products, it is critical for companies to be close to customers.

Commercial relations with China will only become more important. The IMF predicts that China will grow 4.4 percent in 2022 and 5.1 percent in 2023, while the world economy will grow only 3.6 percent. With China being a driver of global growth, it will be difficult for any multinational company to be globally competitive without being successful there. Policies that hinder US-China commercial relations may come at the expense of US companies vis-à-vis their other foreign competitors that are investing heavily in the China market. 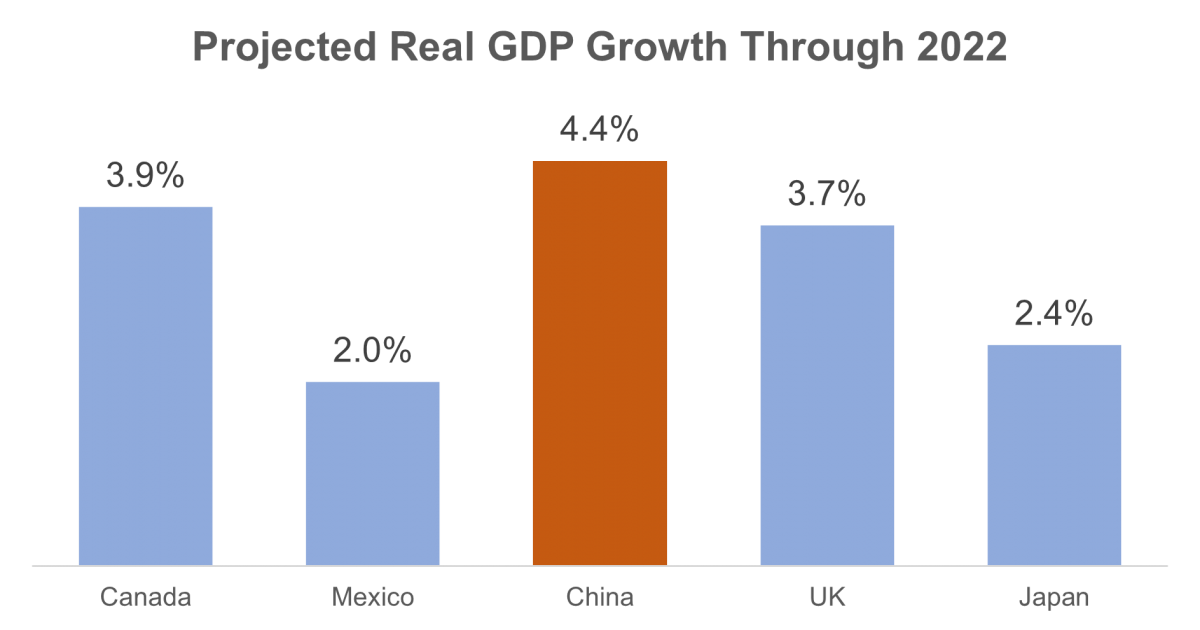