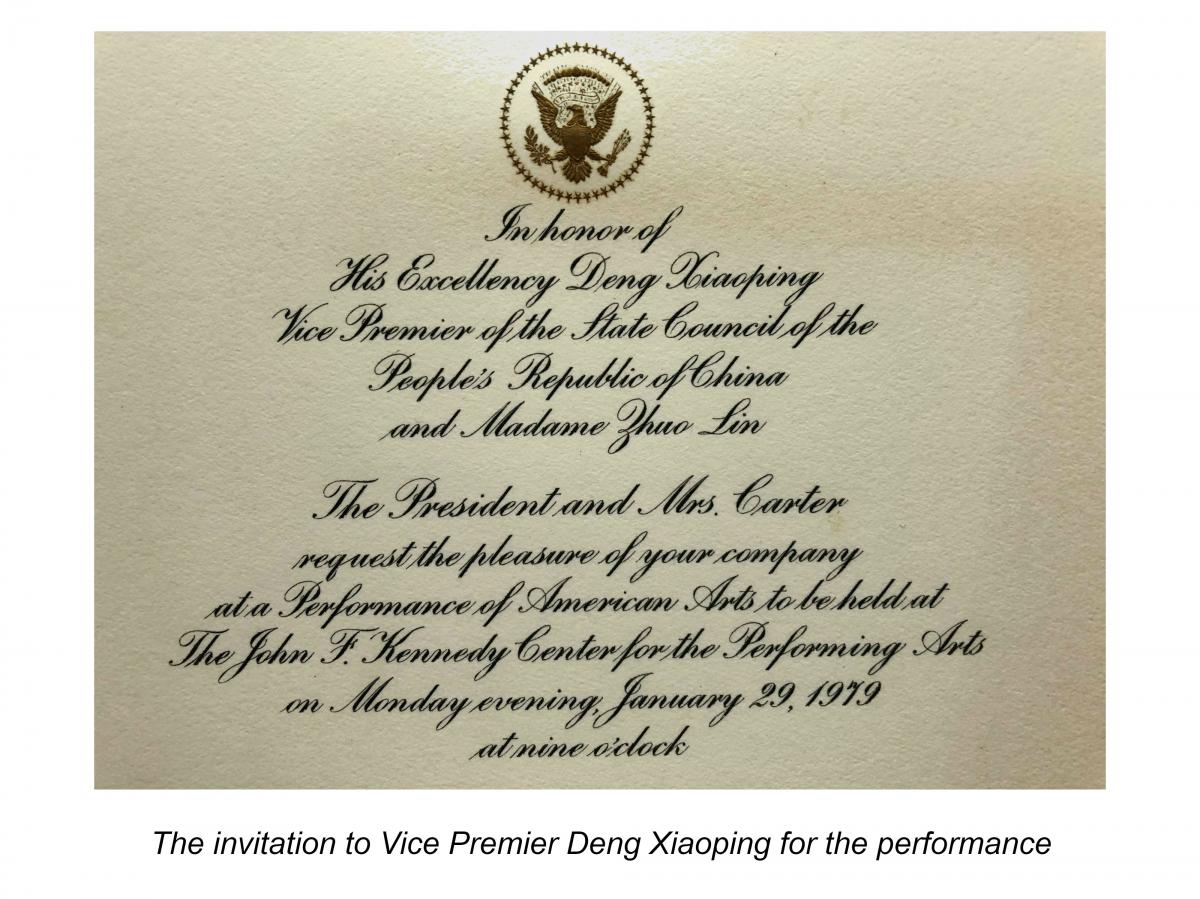 In January of 1979, Chinese Vice Premier Deng Xiaoping undertook a historic visit to the United States. At the beginning of Deng's trip, the National Council for US-China Trade organized an event at the Kennedy Center to offer the visiting Chinese leader a taste of a range of American performing arts. At the time, the National Council for US-China Trade (which would later become the US-China Business Council) had only been formed six years prior, but was already a prominent voice in advocacy for expanded US-China trade and the normalization of relations.

In a brief note to Vice Premier Deng at the beginning of the program, President Jimmy Carter wrote that "the performing arts in America are far too rich and varied to be presented in a single evening. But we hope that tonight's performance will at least suggest some of the richness and variety--and that in doing so, it will contribute to friendship and understanding between the peoples of the United States and China."

The performance featured a range of artists, including the company from the Broadway show Eubie, Rudolf Serkin, the Robert Joffrey Ballet Company, and iconic American singer-songwriter John Denver. In a surpsise for Vice Premier Deng, the Harlem Globetrotters also made an appearance, on account of the Chinese leader's love for basketball. You can view an original copy of the program itself below:

Performance of American Arts at the John F. Kennedy Center 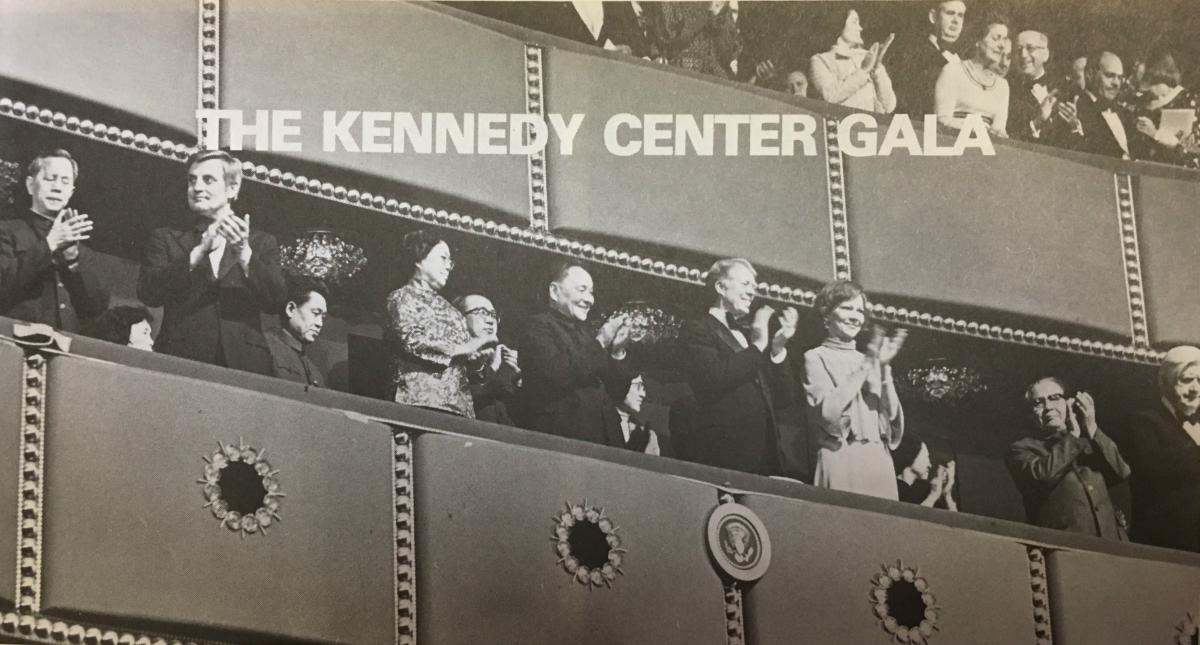 After Vice Premier Deng's visit, the China Business Review also published an in-depth analysis of his trip, highlighting the various industries and locations that Deng stopped by. After departing Washington DC having concluded a spate of high-level talks and meetings, Deng visited a Ford assembly plant in Atlanta, the facilities of Hughes Tool Company in Houston, and even took a ride in a space shuttle simulator at the Johnson Space Center. You can read the whole exerpt from CBR's 1979 coverage of Deng's visit below: