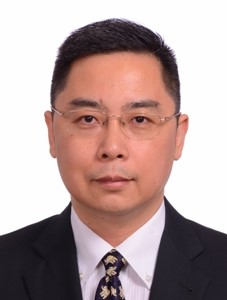 Minister Li Kexin currently serves as deputy chief of mission (DCM) at the Embassy of the People's Republic of China in the United States of America and holds the diplomatic rank of minister. He became a minister in May 2015, and has served as DCM since early 2018.

Li was born in January 1969, and is married with a son. He graduated from Beijing International Studies University in 1991, after which he worked in the Department of International Organizations and Conferences of the Ministry of Foreign Affairs (MOFA) until 1998. Li attended postgraduate studies in political science at the London School of Economics from 1998 to 1999.

After returning to China, Li served as deputy division director and then division director in MOFA’s the Department of International Organizations and Conferences. In 2004, he went to Guizhou Province to serve a stint as deputy mayor of Duyun City, in the Qiannan Buyi and Miao Autonomous Prefecture. Following his time in Guizhou, Li served as a counselor on China’s permanent mission to the United Nations from 2006 to 2010. He then returned to the Department of International Organizations and Conferences as deputy director general, a position he held until 2012. From 2012 to 2015, Li served as the deputy director general for MOFA’s Department of International Economic Affairs, after which he took his current position at the Chinese Embassy in the United States.