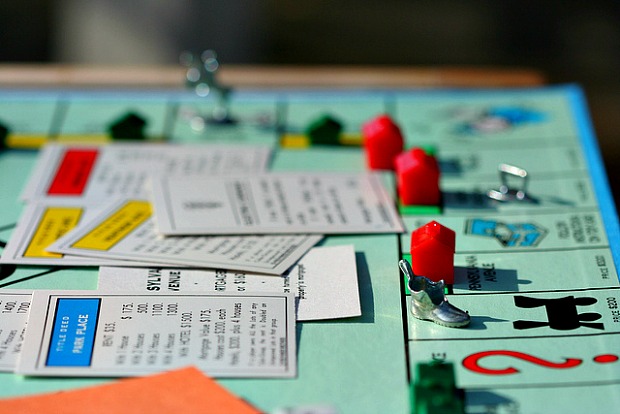 From recent investigations in the auto parts industry to “dawn raids” at foreign IT firms, China’s rising level of anti-monopoly enforcement activity has raised concerns for many US companies doing business in China. In a just-released US-China Business Council (USCBC) report, 86 percent of firms surveyed expressed some level of concern about competition enforcement activities in China.

The AML and enforcement agencies

Most competition enforcement is carried out under China’s Anti-Monopoly Law (AML), which first went into effect in 2008. In addition to stated goals of restraining monopolies and protecting fair market competition, the law seeks to “promote the healthy development of socialist market economy.”  Three agencies are in charge of enforcement:

Ministry of Commerce (MOFCOM)  Via its Antimonopoly Bureau, MOFCOM is responsible for reviewing M&A transactions and other types of proposed business concentrations. It may approve or reject these transactions, with or without conditions.

National Development and Reform Commission (NDRC)  Via its Price Supervision and Antimonopoly Bureau, NDRC manages enforcement of price-related conduct, including investigations of pricing practices by companies, price-related aspects of monopoly agreements, and company abuse of dominant market position to set or control prices.

State Administration for Industry and Commerce (SAIC)  Through its Antimonopoly and Anti-Unfair Competition Bureau, SAIC is in charge of investigating non-price-related monopolistic behavior, including monopoly agreements, abuse of market dominance, and monopoly control.

Since the AML went into force, China’s three enforcement agencies have taken steps to implement competition enforcement, including dramatically ramping up the number of enforcement staff. This increase in competition personnel corresponds to increasing activity by these agencies in enforcing competition law, including merger reviews and investigations of alleged anticompetitive behavior related to pricing and monopolistic conduct.

Since 2008, MOFCOM has increased capacity and laid down clear markers that global transactions—even those between foreign companies that have little business in China—must be reviewed in China. MOFCOM’s Antimonopoly Bureau has grown to approximately 30 staff in the past five years, and may increase further as MOFCOM continues to expand the number of M&A transactions it reviews.

NDRC has also taken significant steps to increase its level of enforcement activity, particularly since early 2013. Between 2008 and 2012, NDRC conducted nearly 20 price related investigations. By comparison, the agency investigated more than 80 companies under the AML in 2013 alone across a range of sectors, including pharmaceuticals, infant formula, Chinese liquor, and telecom. NDRC’s investigations of pricing issues are supplemented by provincial and local investigations.

Of the three agencies charged with carrying out AML enforcement, SAIC has received the least media attention. Yet SAIC, like its counterpart agencies, continues to slowly build its enforcement capacity by increasing staffing and caseload. Unlike NDRC, SAIC has conducted most of its investigations to date at the sub-national level, via provincial and local associations of industry and commerce.

The results of USCBC’s 2014 member company survey—due for release in mid-September—provide a good illustration of rising concerns about competition law and enforcement in China. For example, 86 percent of companies surveyed said they were concerned about China’s competition enforcement activities, and nearly 30 percent said they were concerned that they would be targeted by future investigations.

However, most companies have not been the subject of antitrust investigations to date. Just 21 percent of those surveyed said their company had undergone a MOFCOM merger review, and 18 percent reported experience with pricing or competition-related investigations.

Top concerns of US companies

Since the ramping up of AML enforcement, US companies doing business in China have been increasingly concerned about issues like fair treatment and due process. In USCBC interviews, member companies listed the following as major areas of concern.

Fair treatment and nondiscrimination  Many analysts point to a growing list of cases to argue that foreign companies are unfairly targeted due to Chinese protectionist or industrial policy concerns. But while USCBC research shows China’s antitrust efforts involve both domestic and foreign companies, legitimate concerns remain. First, NDRC and SAIC are given considerable leeway to select investigation targets, which could result in an undue focus on intellectual property, standards, and consumer access rather than legitimate anti-monopoly concerns. Second, USCBC members are apprehensive that security reviews for foreign M&A may be used to promote domestic protectionism. Finally, enforcement agencies can discriminate against foreign companies by using domestically-established standards for price comparisons.

Due process and transparency  Most agencies publish details, brief the public on the handling of specific cases, and hold pre-consultation processes with merger applicants. However, as enforcement activity increases, there is a growing concern that such efforts have not ensured these procedures are fair throughout all investigations. Specific issues include:

Time Periods for M&A Reviews  Long and uncertain timeframes have been most acute during MOFCOM merger reviews. Articles 25 and 26 of the AML describe a specific timeline for M&A review processes—a preliminary review that lasts up to 30 days, a more detailed review that lasts up to 90 days, and an extension period that can last up to 60 days. Clear timelines for reviews were established to provide important guidance to potential filers, helping them make preparations preceding transactions. In practice, however, the 180-day period is increasingly stretched as the number of transactions that MOFCOM reviews grows. Moreover, the length of time for reviews of normal processes is longer than in other jurisdictions.

Many questions remain unanswered about the objectives of China’s competition regime. Among them: Will China use the AML to protect domestic industry rather than promote fair competition? Is the government using the AML to force lower prices, rather than let the “market play the decisive role,” as enshrined in the new leadership’s economic reform program? What approach will China ultimately adopt for its economy and its antitrust regime—a government-dictated, state-run model, or a market-and consumer-oriented model? The answers are not fully determined yet, but in at least some cases so far there are reasons for concern.