The COVID-19 pandemic has driven the US economy into recession, with the IMF predicting the US economy will contract by 8 percent in 2020. Meanwhile, the United States continues to maintain steep tariffs on more than two-thirds of Chinese goods, and most of China’s retaliatory tariffs remain in place. 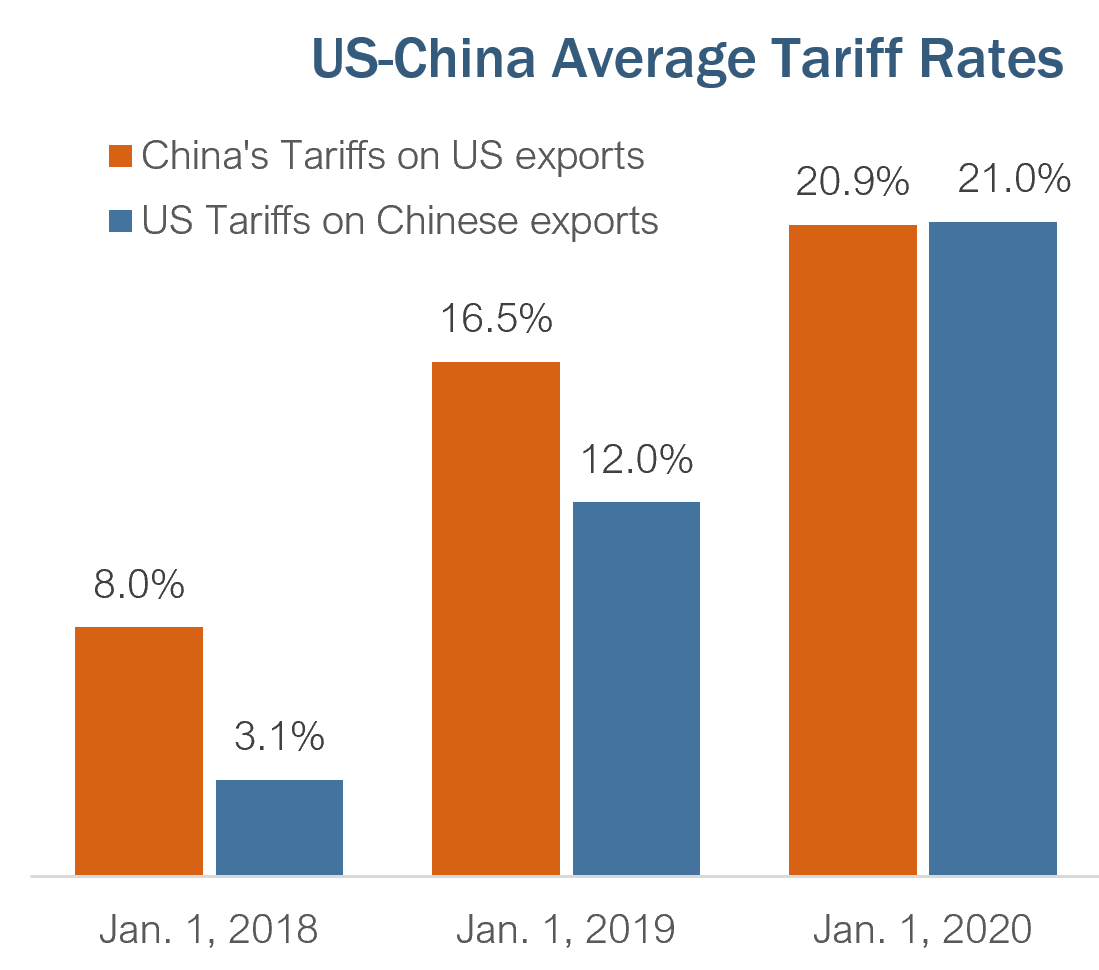 Much of the cost of tariffs is passed on to US consumers and businesses. The price of Chinese imports has remained stable as the United States ramped up tariffs, which means the brunt of the tariff burden is borne by US consumers and companies. Tariffs not only increase the price of goods on store shelves for consumers, they also make many manufacturing inputs more expensive for US factories. According to one estimate by the New York Federal Reserve, US tariffs imposed on Chinese goods through the middle of 2019 cost the American household an average of $831 per year. Trade Partnership Worldwide estimates that both sides removing their tariffs could boost the US economy by $75 billion, with some of that money returning to American pocketbooks.

Tariffs have hurt US exports and the critical jobs they support. Retaliatory Chinese tariffs caused US goods and services exports to China to fall nearly 12 percent since 2017. US exports to China alone supported around 1.1 million US jobs in 2017, but as tariffs stifled exports, this dropped by nearly 134,000 jobs the following year. Other estimates that take into account broader effects on the economy indicate that the US-China trade war cost nearly 300,000 US jobs from mid-2018 to mid-2019.

Take, for example, two industries that have been seriously impacted by tariffs and are a major source of export-related jobs—agriculture and energy. Exports from neither industry have recovered from the crippling effects of tariffs despite Chinese tariff waivers and commitments to ramp up purchases in these sectors as part of the US-China Phase One trade deal.

Tariffs are putting a damper on US investment. The uncertainty caused by US-China tariffs have had consequences beyond price hikes, with businesses now holding off on new investment. New York Federal Reserve researchers estimate that the trade war with China has erased a total of $1.7 trillion in market capitalization for US-listed firms.