China is a processing economy. The entire value of a product finalized in China is calculated as an export, despite the fact that much of China’s economy specializes in assembling and processing inputs from other countries. For instance, cell phones and related equipment made up nearly 15 percent of US imports from China in 2019. Many components—like memory chips, displays, and intellectual property—actually came from a diverse set of suppliers in Japan, South Korea, Taiwan, Malaysia, Vietnam, and the United States, all of whom profit from these transactions. Some economists believe this method of calculating the deficit has led to its overestimation by as much as one-third. 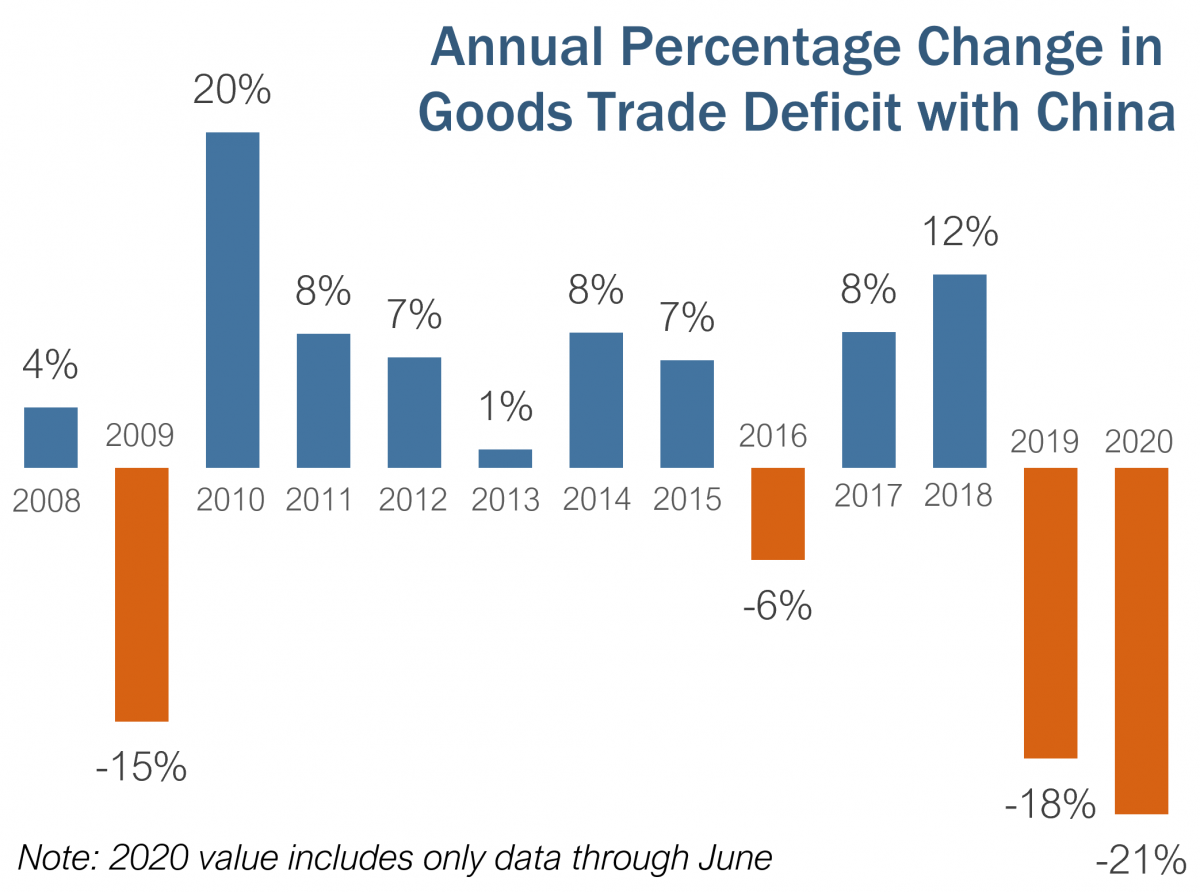 Policies aimed at deficit reduction have come at a steep cost. A fall in the deficit with China did not have a significant impact on the United States’ overall trade deficit, and has been accompanied by the loss of an estimated 300,000 American jobs, an 18 percent reduction in US goods exports to China, and a dampening of US investment since the start of the trade war.