China’s fifth International Import Expo (CIIE), a signature event for trade and investment promotion, commenced on November 5 in Shanghai. Established in 2018 by President Xi Jinping, the expo serves as an engine to drive domestic consumption and is an important platform for businesses to display cutting-edge technology and products and to connect with consumers and government stakeholders in China.

This year, Xi delivered a keynote speech via video at the opening ceremony, during which he vowed to further open up the economy and foster global cooperation. His remarks included that China will expand opening up efforts with regard to rules, regulations, management, and standards. This year, nearly 200 US companies, including several USCBC members, stood up exhibits. USCBC member companies represent a wide array of industries, ranging from manufacturing to healthcare to consumer goods. Together, US company exhibits comprised the largest floor space of any single country. 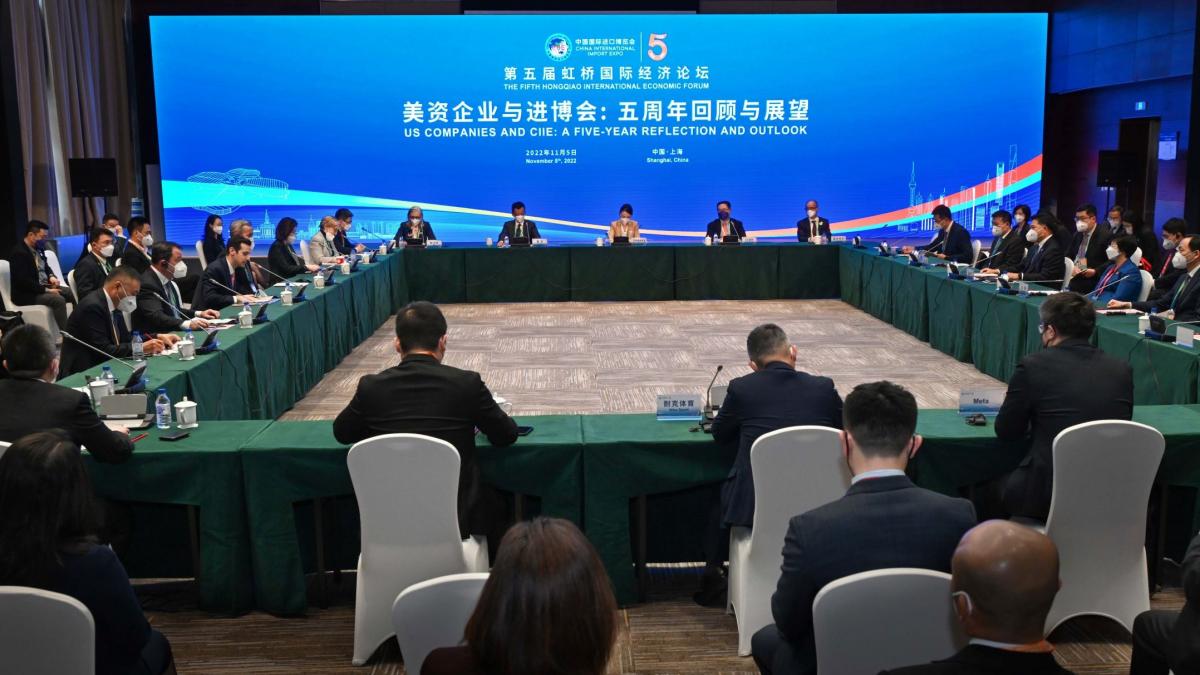 Throughout the expo, USCBC President Craig Allen was featured as a keynote speaker in multiple high-profile forums and sub-forums, including “The Forum on RCEP and Higher-Level Opening-Up,” in which Vice Premier Hu Chunhua and Party Secretary Chen Jining of Shanghai municipal government also participated. Concurrently, USCBC hosted a Hongqiao sub-forum themed “US Companies and CIIE: A Five-Year Reflection and Outlook,” in which Vice Minister of the Ministry of Commerce Sheng Qiuping and Shanghai Vice Mayor Zong Ming attended. Company representatives provided their outlook on the market and future business initiatives in China. Speakers also voiced concerns about their operational issues in China, mostly revolving around travel restrictions attributed to COVID-19 prevention, procurement restrictions, and uncertainties over US-China relationship—all of which are key concerns reported by members in USCBC’s 2022 Member Survey.

Subsequently, Craig led a delegation of USCBC leadership and staff members on a tour of member company booths between November 6 and 7. On the sidelines of CIIE, he led delegation meetings with Shanghai Mayor Gong Zheng and Jiangsu Governor Xu Kunlin, respectively. 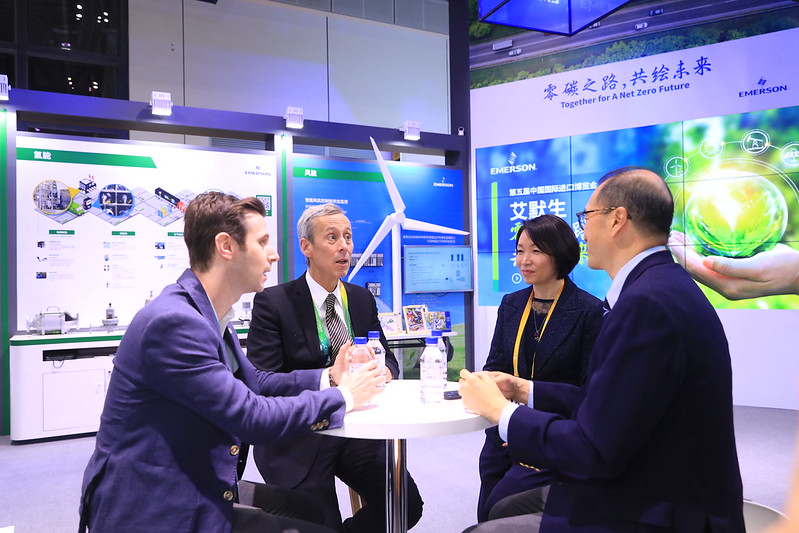