Many people who’ve shared their stories with us spent years living, studying, and working in China. As a result, they are deeply committed to the idea of both countries working together for a more stable, healthy world. Rarer are people whose attraction to China includes family members from another generation. That’s the case with Adam Foster and his great aunt Helen Foster Snow, who inspired him to create a foundation to carry on her work as cultural bridge builder. 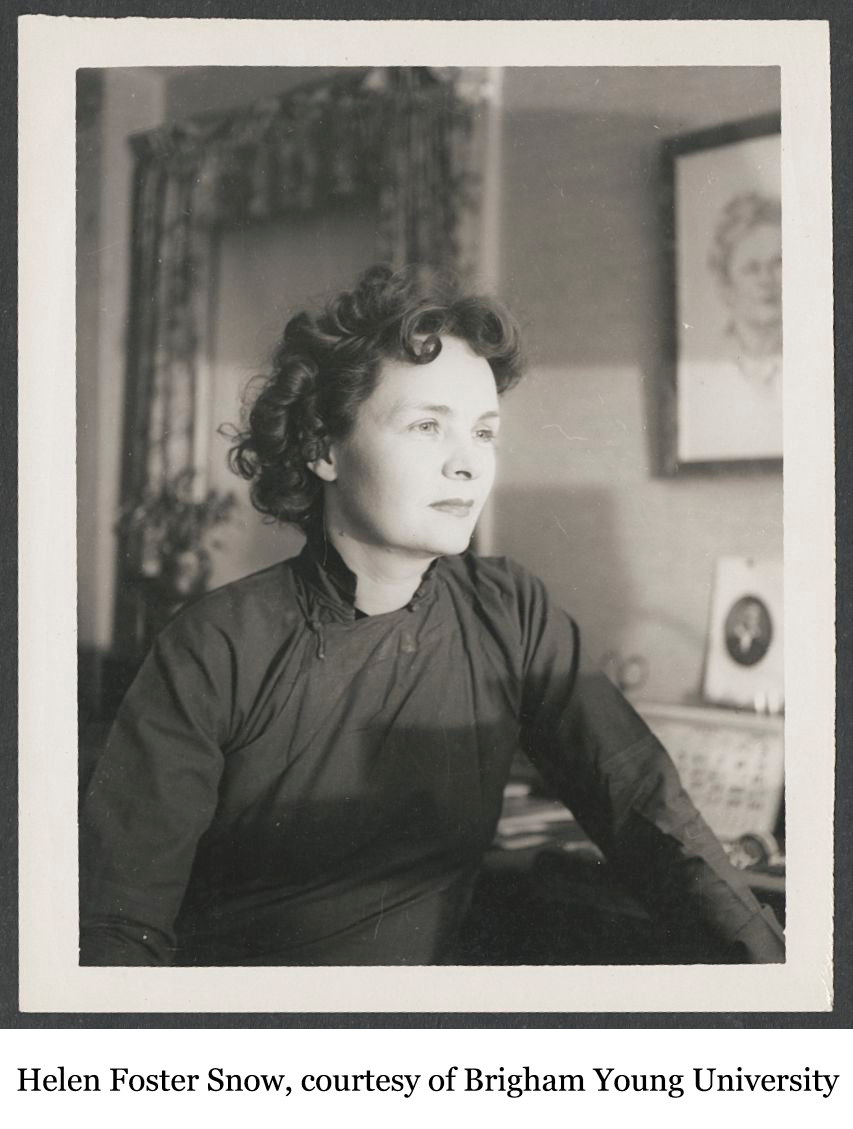 Growing up in Utah, Adam knew little about his great aunt other than she had lived in China as a foreign correspondent in the early 20th century. There she met her future husband, the journalist Edgar Snow, who was the first western journalist to interview Mao Zedong and wrote books including Red Star Over China. Helen Foster Snow interviewed Mao and other Chinese Communist Party leaders as well during China’s civil war and the Sino-Japanese war, and wrote over 60 books and articles including Inside Red China and My China Years. She is most well-known, however, as an initiator of the Gung Ho (or Indusco) movement in China, which provided financial aid for refugees to establish local cooperatives, empowering them to survive the war with Japan. The Snows separated and eventually divorced, with both their careers suffering because of the stresses of the McCarthy era. Edgar died in Switzerland at the age of 66; Helen died at 89, only then stopping her life’s work to bring the United States and China closer.

“Any business leader that sees the potential of the Chinese market wants to get their hands on it. If the legislators would listen to the business community more, they would see the need to establish stronger relations.”

As a child, Adam Foster heard a lot of stories about his great Aunt Helen, who was twice nominated for the Nobel Peace Prize. On a volunteer mission for the Church of Jesus Christ of Latter-Day Saints, he lived in France and met his first acquaintance from China, Ge Yi, who said Helen was very famous in his country. They became good friends. Returning to Utah, Foster read her books. One day, he attended a celebration honoring her life. “A big picture of her was projected on the screen and I felt she was looking directly at me asking: ‘Adam, what are you going to do about this?’”

He did plenty. “I was invited [in 2016] to Xi’an to tour her legacy. Everywhere I went, everyone was so hospitable and kind. People took photos at every turn. I finally understood what Ge Yi meant by her being very famous.” Foster grew up with a specific perspective of what China was like based on the media and things he learned in history classes. When he got to China, he was shocked because all the assumptions he had, or didn’t even know he had, were wrong. 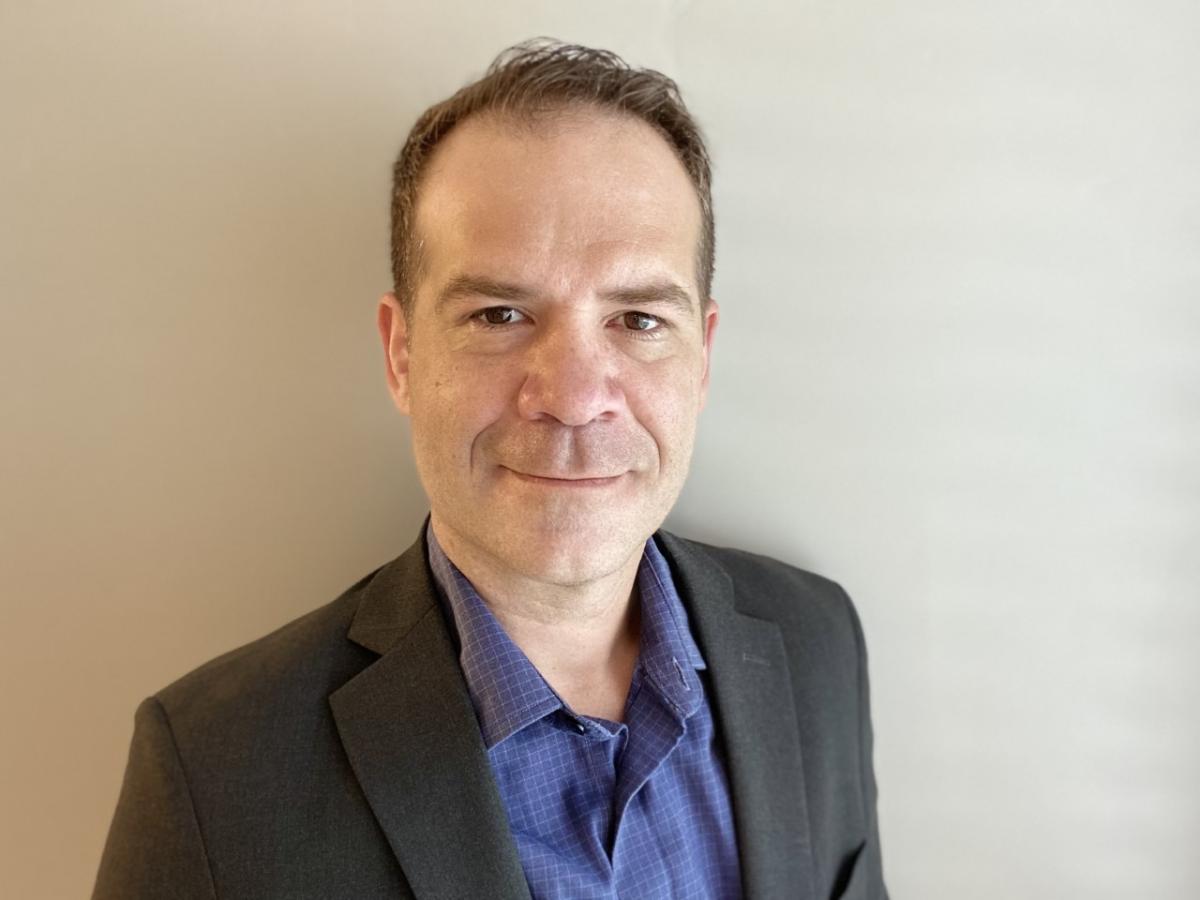 In 2018, he visited China again and attended a museum dedication for his great aunt. It told the story about the Gung Ho work cooperatives she started back in the 1930s. “It was amazing to see how she took her Utah roots and spread them across China and Asia,” Foster said.

After that visit, he started the Helen Foster Snow Foundation and serves as chairman.

If the Snows were still alive today, what would they think of their lives’ work? “They spoke a lot in their books about the potential of China. I don’t think they had any doubt that it would become the powerhouse that it has. I think they would be disappointed that we haven’t found the mutually beneficial relationship that is possible.”

“That is what their Gung Ho movement was all about. Gung Ho means “work together”. They would feel things have gotten off track and we have lost sight of what is meaningful: the people-to-people connections and the opportunity to make the world a better place. If the United States and China can get along, everyone else will follow,” Foster said.

The Foundation is honoring the spirit of the Gung Ho Movement with an upcoming virtual event focusing on trade collaboration between Utah and its sister province in China, Jiangxi. The event will highlight Utah companies’ products and services available for export. Utah has a thriving export business with China, with many small companies involved. “You can throw a rock anywhere in the state and hit an entrepreneur,” Foster said. “It stems from the pioneer heritage of the state.” Some of these entrepreneurs have shared their stories and you can find them here and here.

There is some tension between the business community and their elected representatives. “Any business leader that sees the potential of the Chinese market wants to get their hands on it. If the legislators would listen to the business community more, they would see the need to establish stronger relations,” Foster said.

Utah and its government do some things very well, especially supporting language education. Many languages are spoken within its borders, a phenomenon that Foster attributes to members of the Church of Jesus Christ of Latter-Day Saints who go on missions throughout the world. And thanks to the leadership of State Senator Howard Stephenson and others, Chinese is now taught to 18,000 students in the state through a dual-language immersion program. The Utah State Board of Education ensured the program has been delivered with fidelity, making it a model that other states have followed.

Has interest in the language dipped because of current geopolitical tensions? “Interest in Chinese language learning has stayed the same or perhaps increased. People remain fascinated with the language, culture, and the people of China,” Foster said. "We have seen a decrease in state decision makers’ interest who for some reason feel that if there are tensions between our countries it’s time to pull back.” He added, “That is exactly the time to increase language learning.”

Working alongside Foster is Dan Stephenson who is on the board of directors of the Foundation and runs a consultancy, Economic Bridge International. His only connection to China initially was through a great aunt (what is it about great aunts, Utah, and China?) who on a trip in 1982 brought back a replica of a Terracotta Warrior. “My family in Utah treated it as some kind of precious oracle,” he recalls. 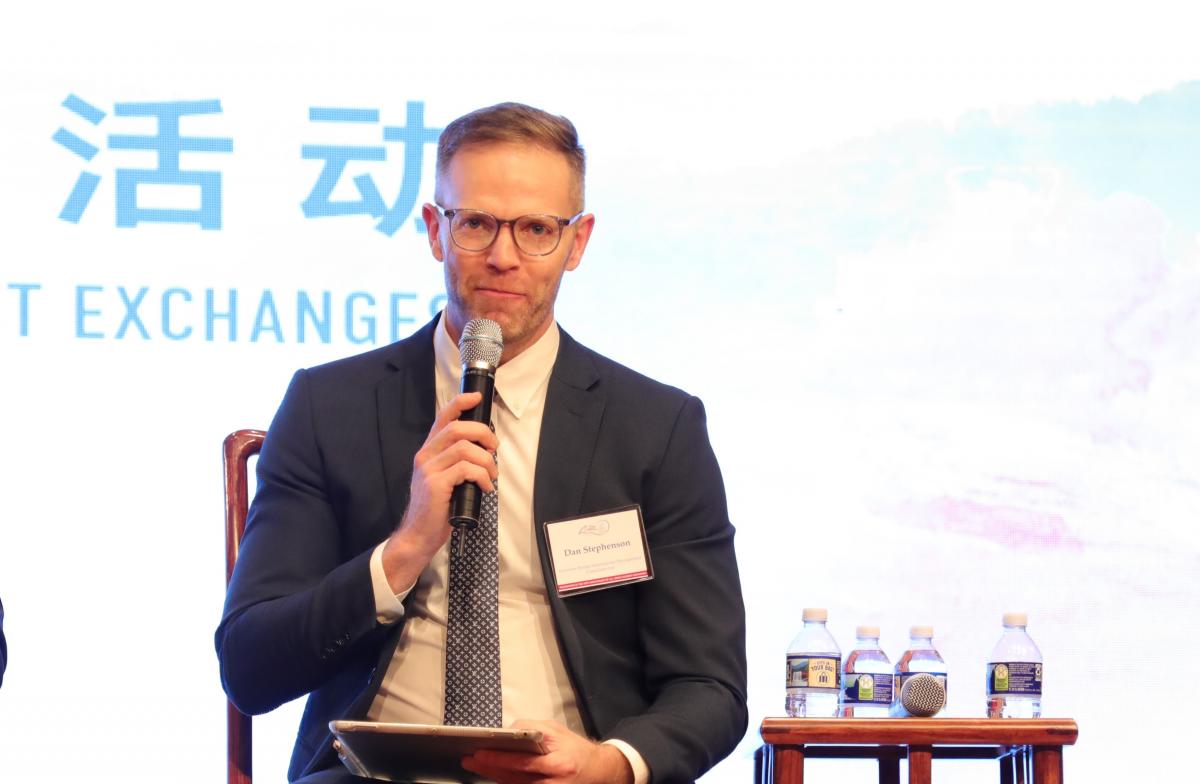 Stephenson’s first trip to China was in 2000 with a delegation of students from the United States, Russia, and China, visiting Beijing for an education conference. He delighted in speaking with the Chinese students he met who had excellent English, but he was depressed that he and the other Americans in the US delegation couldn’t speak Chinese. That experience was the genesis of his father, State Senator Howard Stephenson’s goal to create a Chinese immersion program for K-12 students in Utah. In total, the younger Stephenson spent over 9 years in China, studying at Tsinghua University, starting several businesses, and developing cultural exchange programs between China and several other countries.

When Stephenson first got to China, he heard of Edgar and Helen Snow but didn’t know Helen was from Utah. “That is sad that she hadn’t yet been celebrated in her home state, given her great contributions. Utah has finally started to celebrate this remarkable woman. She was keen for people to be humanized in their conceptions of each other. That is something we could use more of today. So many people speak of China as a monolith. What Helen did was express that all these people are different, and she humanized them in her writings.”

Stephenson said that for many Americans who lived in China during the early 2000s, it was a special time and a different atmosphere than currently exists today. His time in China was a seminal time of his life and affected him in ways he never would have anticipated. “There is a lot of consternation among people like me who spent a lot of time there that things are now badly off track.”

“What are Utah’s interests in China and how can people connect over culture, education, and trade?”

One way to get back on track, though it’s not a short-term fix, is to continue advocating for more American students to learn Chinese. Said Stephenson, “A lot of Utah parents are pragmatic and know China is going to be an indispensable part of the global economy, plus it is an interesting, fascinating subject. Chinese language learning should be viewed as a strategic asset for Utah and the United States, and a way to ensure our economic and national security in the future.”

He hopes that elected officials will eventually help lead the public discussion on the future of more constructive relations with China. “In a lot of states across the country, political leaders are very hawkish towards China. What has that rhetoric delivered? How has that helped small- and medium-sized business owners in the United States? Does it harm the interests of these states in terms of exports to China or in-bound Chinese tourists spending dollars and supporting American jobs? Does it alienate and harm Chinese and Asian Americans? Some of these hawkish politicians often place their own political interests ahead of the interests of the people they serve. You can do both. You can defend your values while not harming the businesses in your state.”

“While there might be some short-term advantage to being hawkish, I hope the leaders will look at how that can impact the economy of the state. What do we, the citizens and business owners, get out of toxic nationalism? Not much except an elevated heartrate.”

One hopeful sign is that the Utah state legislature passed a resolution honoring the legacy of Helen Foster Snow. People across the political spectrum spoke in support of it. The broader meaning of her work, especially the focus on humanizing the “other,” is getting wider attention. Yet there are no illusions at the Foundation that action follows awareness. Said Stephenson: “State legislators are in a tough situation. They only have so much bandwidth for what comes across their desks. Even the best of the well-intentioned have only a small amount of time to think about foreign affairs.”

The bandwidth may have to widen as what happens abroad more and more affects what happens at home. Foster and Stephenson will continue to encourage leaders to ask and answer such questions as “What are Utah’s interests in China and how can people connect over culture, education, and trade?” Areas that steer clear of hot button issues like national security and trade in sensitive technologies. “We need a politician that will stand up and say: ‘China has the biggest middle class in the world, and they are ready to buy stuff from our state.’ If state legislators understood more about how China works and could distinguish legitimate concerns from fear-mongering rhetoric, it would be a real boost for both sides.”

No elected official appears to be standing in line to make such a proclamation, including those who understand the co-dependence of the two countries but don’t currently see the political upside of taking such a risk.

The Foundation aims to keep trying, realizing the power that elected officials have to make foreign and trade policy. It’s Gung Ho all the time. Foster continues to channel his great aunt’s practical insight. “Once you get to know Chinese people on an individual level, you start to understand China better as a whole. It’s amazing what you learn when you step out your front door.”