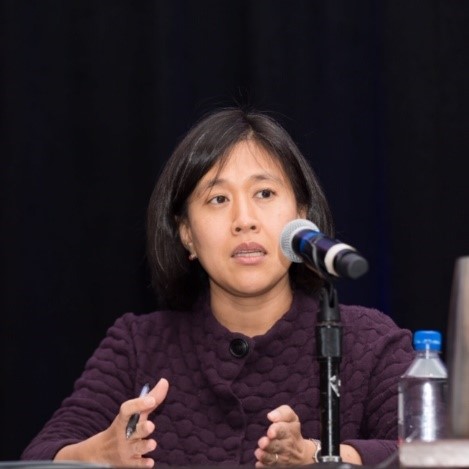 Katherine is the lead advisor to the Chairman and Democratic Members of the Committee on Ways and Means on matters of international trade. She was named to this position in 2017 after serving three years on the Committee as Trade Counsel.

Katherine came to the Committee in 2014 from USTR’s Office of the General Counsel, first as Associate General Counsel from 2007 to 2011 and then as Chief Counsel for China Trade Enforcement with responsibility for the development and litigation of U.S. disputes against China at the World Trade Organization (WTO). Before joining USTR, Katherine worked in the international trade departments in several Washington, DC law firms. From 1996 to 1998, she lived and worked in Guangzhou, China teaching English at Zhongshan University as a Yale-China Fellow.

Katherine was born in Connecticut and raised in Washington, DC.  She is a graduate of Yale University and Harvard Law School.