On this page, you can find the executive summary of the 2019 State Exports Report, a table of the most important data points, an interactive map to find data from your home state, and of course, a link to the full report! 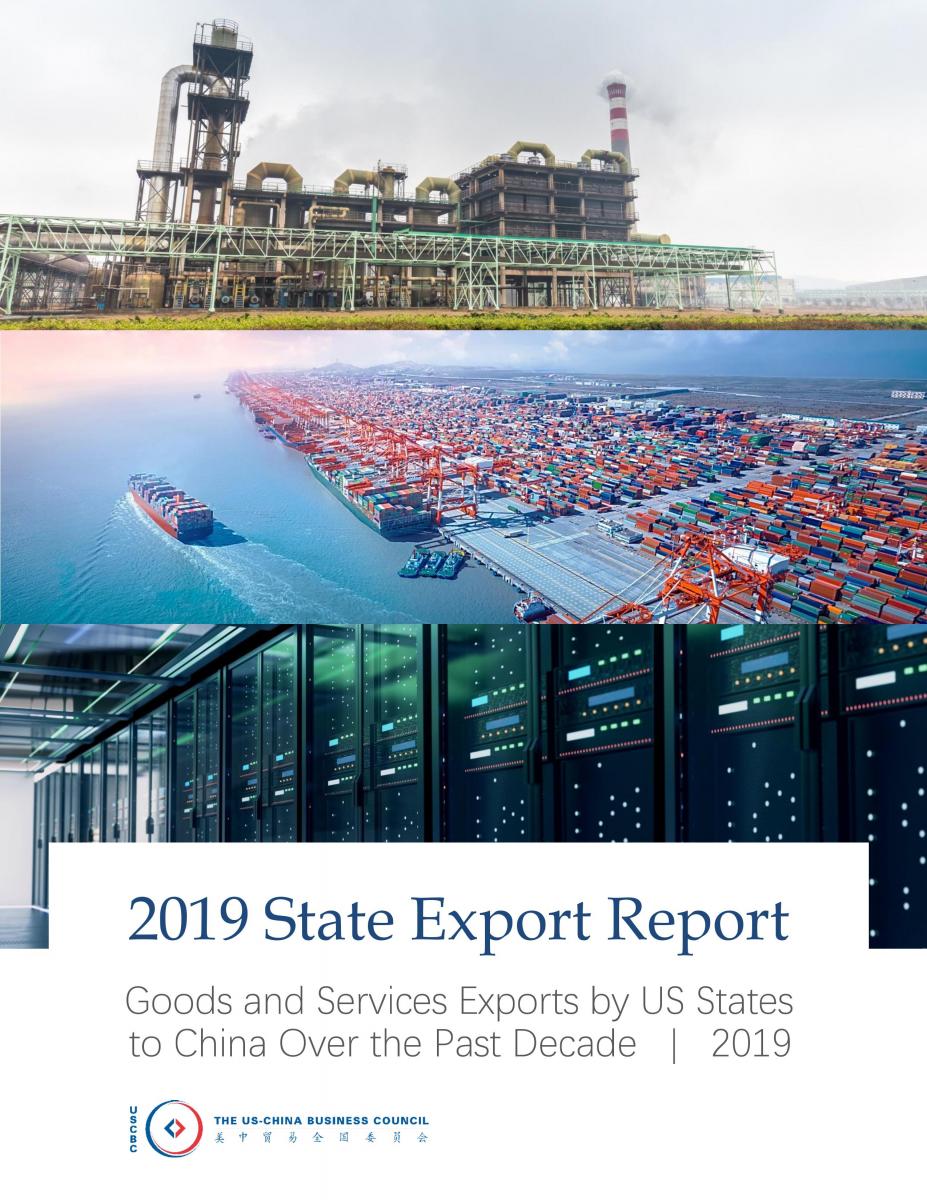 The trade battles with China hit US goods exporters in 2018. Services exports increased, but at a slower pace than in previous years. Despite these challenges, China continued to be important to US economic growth, supporting more than 1.1 million jobs.

US Exports and US Jobs

States across the country feel the effects of the trade dispute

Find export data from your state!