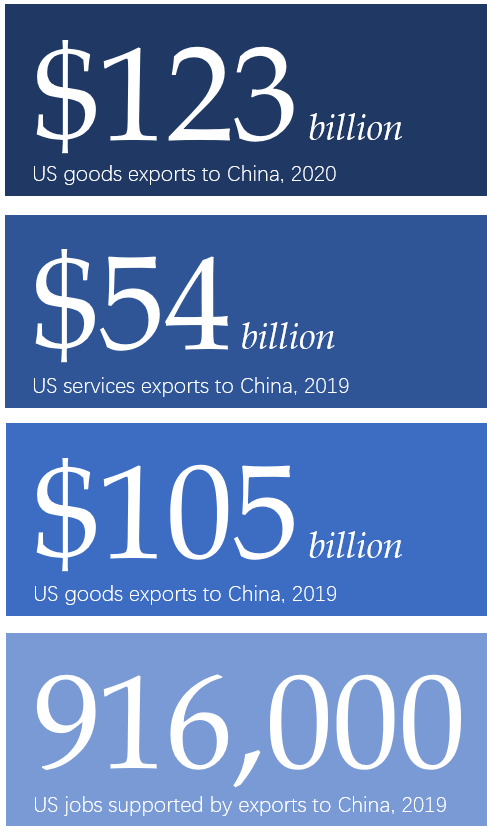 By comparison, in 2019, steep Chinese retaliatory tariffs caused US goods exports to China to drop sharply by 11.4 percent. That year, services exports—the data for which lag a year behind—also fell, dropping for the first time since 2003. Still, combined exports of goods and services to China supported a significant number of American jobs in 2019.

Don't feel like reading the whole report? Listen to a podcast that breaks all the main points down here:

China Business Minute: A look at export data to China at the Congressional district level

Find the data from your district

You can find the numbers for your hometown district's exports to China using the clickable map below! Alternatively, find the full document of all districts' data here!