Hong Kong has been in the eye of an economic and political typhoon, and the circulating winds are growing stronger, riskier. Yet most American companies, including USCBC members, are not fleeing for a more stable environment in the Asia Pacific region. Even as the American Chamber of Commerce in Hong Kong reports that 40 percent of their members are contemplating pulling out, some US companies, including small ones with fewer than 20 employees, are staying put or setting up shop.

(Source: The US Census Bureau and the US Bureau of Economic Analysis)

Imagine Capital Group LLC (ICG) is a boutique investment bank, venture capital firm, and strategy consultant focused on the fintech and financial services industries within Asia, with offices in Chicago and Hong Kong.

Tom Schapira, ICG’s founder and partner, spent time in the region both working and living over the past two decades. Two years after setting up an office in Hong Kong, he attended a Chinese New Year party hosted by the Chicago office of the Hong Kong Trade and Development Council (HKTDC), an arm of the Hong Kong government that operates offices in many countries. He attended to expand his network and explore how HKTDC could help his company grow.

The Hong Kong representatives in Chicago provided ICG with data, networking opportunities, and an invitation to attend their annual Financial Forum, which brings together leading minds from the region to discuss trends and best practices in financial services within Asia. Recently, he also became a board member of the Hong Kong Business Association in the Midwest.

The Hong Kong government attracts and supports small US companies like ICG because they represent and share valuable expertise which strengthen the city’s position as a hub for international trade and finance. However, a sudden brain drain of expatriates and local experts because of the city’s changing status and geopolitical pressures could upend what for decades has served as an irreplaceable icon of globalization and a window into China. China fears losing control over its national security and worries about domestic and foreign companies running amok with sensitive personal data.

For now, business leaders are closely monitoring the situation and taking advantage of the numerous opportunities in one of the world’s most dynamic entrepreneurial ecosystems. Niches regularly present themselves. Schapira believes he’s found one by raising capital for HK firms, investing in their growth, and providing fintech industry expertise for regional and global expansion. He's also optimistic about sharing lucrative US deals with Hong Kong and regional investors. Such nimble brokering from throughout the world has long been part of Hong Kong’s success. 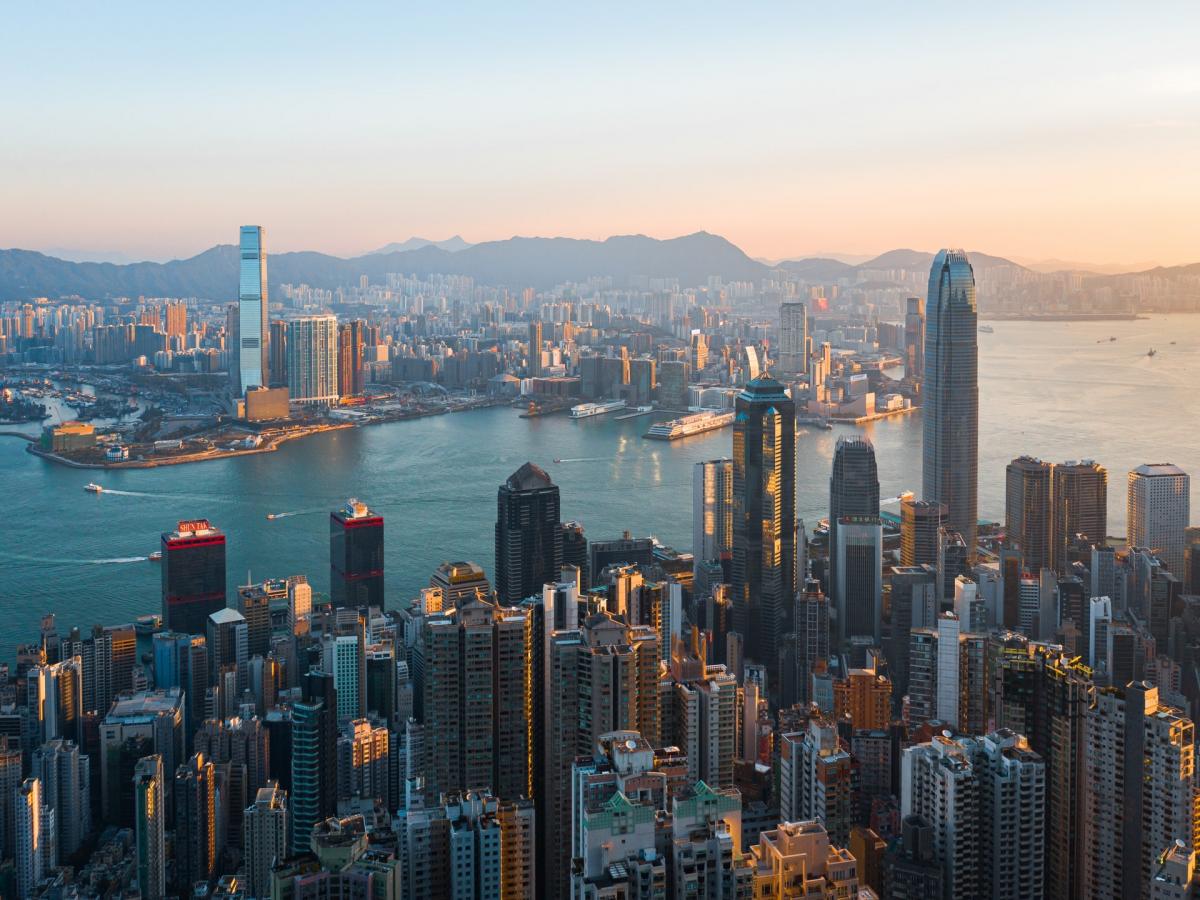 “We’re very bullish about Hong Kong and the region,” said Schapira. “Advances in technology, many from startups, are creating a boom in fintech with Asia as the hotspot. There are more opportunities and fintech adoption in Asia than in the US or the EU. More disposable income, higher population growth, and a society that is willing to embrace technology has led to its growth.”

An investment example that ICG made is TranSwap, a Hong Kong and Singapore-based fintech firm that specializes in business payments, remittance, and collections within Asia and Europe. “They’ve been growing very rapidly, winning small-to-large enterprise customers in the region and by partnering with Hong Kong and other regional institutions,” Schapira said.

ICG supports the Hong Kong entrepreneurial ecosystem by being involved with Cyberport, an incubator for digital startups funded by the Hong Kong government. “Some of these companies will become very successful, and we’ll be there to help them get to the next level.”

In July, US government agencies including the State and Treasury departments issued an advisory, warning US companies in Hong Kong about potential risks posed by the National Security Law imposed in mid-2020. The advisory warns that under the NSL and expanding Chinese censorship on information contrary to national security interests, companies that commit any offense may be subject to criminal fines and having their business licenses revoked. It also points to the potential risk of the jurisdiction of China’s evolving data policy regime, including the Cybersecurity Law and Data Security Law, from expanding to Hong Kong. Lastly, it acknowledges the risk of repercussions from the Chinese government but emphasizes that failure to comply with US sanctions could result in civil and criminal penalties.

US businesses in Hong Kong are caught between a rock and a hard place. Trade organizations including USCBC have fielded media questions about whether member companies will pick up stakes and leave, dealing a blow to the goose that lays the golden egg. USCBC member companies show no signs of pulling out, even though compliance costs are likely to mushroom. Having been in HK for the past three years, Schapira is staying put.

“I don’t see any consequences with the current political environment in ICG’s business areas,” he said. “These rules are aimed at particular sectors, and I don’t believe they are intended to disrupt or stifle the entrepreneurial ecosystem or the venture asset class. There’s nothing sensitive to security, at least not yet.”

“ICG is in Hong Kong because of the legal structure, its technology innovation ecosystem, and the fact that it is a regional financial hub for Asia at large,” Schapira said. “It is a moment of inflection, but I don’t see Hong Kong’s competitive advantages drastically changing in the next five years.”

ICG sees opportunities in Shenzhen, Shanghai, and Beijing and is monitoring these markets’ startup and fintech ecosystems with the goal of expanding into these cities.  In the short term, the focus is on the “bi-directional flow of capital: US investors looking for new growth opportunities in Asia while the Chinese are looking to invest their money outside mainland China."