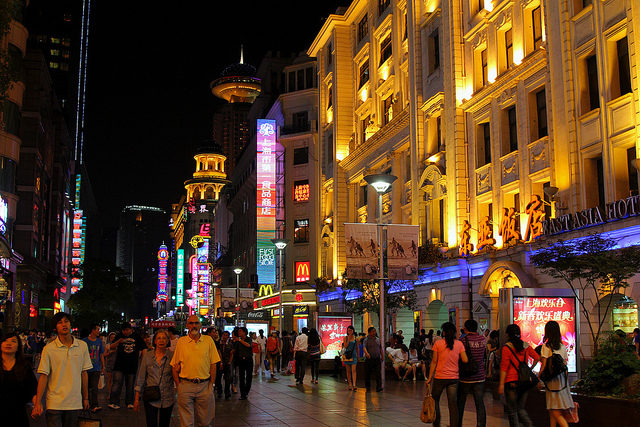 China has announced further details about plans to gradually decrease government control over investment decisions. The Opinions on Implementing the Market Access Negative List System, a document released by the State Council on October 19, 2015, offer a firmer roadmap towards adopting a “negative list” approach in China, which would allow foreign investment in all fields except those expressly restricted. With pilot implementation in some locations slated to begin as early as December 2015, the new system is scheduled for full implementation in 2018. The market access negative list will be formulated following five principles: rule of law, security, gradual progress, necessity, and openness.

Under the new system, there will be two lists of investment restrictions. The first, known as the general market access negative list, is expected to be issued before December 2015. The list will be applicable to all market players in China, including both domestic and foreign companies. Restrictions included in this list will likely include sectors in which no investors are allowed to participate, such as pornography, but may also include areas in which China will maintain government monopolies, such as utilities.

As explained by Tong Daochi, assistant minister of commerce, foreign companies first need to comply with the foreign investment list as some areas are prohibited or specifically restricted to foreign investment. With these conditions met, foreign companies can operate in China based on national treatment—that is, using the the market access list and receiving treatment equal to domestic companies. Summarizing a November 2 briefing, Ministry of Commerce officials noted that the the concept of a negative list now extends from “from negotiation to domestic economic governance,” and quoted Premier Li Keqiang: “‘Market players may engage in anything that is not prohibited by law.”

What happens to the Catalogue Guiding Foreign Investment?

The Catalogue Guiding Foreign Investment (CGFI), which details which sectors are open to foreign investment in China, is expected to be phased out as China transitions to the Market Access Negative List system, though an exact time frame is not yet clear. According to the new Opinions, China will pilot a “negative list” approach in selected regions from December 1, 2015, to December 31, 2017, with the goal of adopting a single, unified Market Access Negative List system nationwide in 2018.

The new system may be introduced first in China’s Pilot Free Trade Zones (FTZs), though the details of the pilot negative list program have not yet been announced. The FTZ “negative lists” for foreign investors are now exclusively set by the central government, so the four zones (Shanghai, Tianjin, Fujian, and Guangdong) would appear a likely place to test the new system. Specific industries to be included in these pilots remain to be determined, but presumably the end result would be a steady reduction in the sectors currently included on the existing FTZ negative lists. The FTZ negative lists currently closely align with the most recent version of the CGFI.

On October 30, 2015, Xu Shanchang, director of economic system reform at the National Development and Reform Commission (NDRC), said that more inland regions, including provinces in central, west, and northeast China, are to be selected for the trial implementation of the country’s “negative list” approach for foreign investment. In addition to the Market Access Negative List, earlier this year China’s Ministry of Commerce published the Draft Foreign Investment Enterprise (FIE) Law, which also utilizes a negative list approach. How this new FIE Law will fit in with the Market Access Negative List is unclear at this point, but perhaps elements of the FIE Law will be incorporated into the final implementing policy in 2018.

Regulating foreign investment based on a negative list is an approach China agreed in 2013 to use in the US-China Bilateral Investment Treaty (BIT) negotiations. A successful BIT would address foreign ownership restrictions in China and cover all sectors except those expressly excluded in a negative list. This approach has been the format for regulating investment in the Shanghai FTZ, expanded regional FTZs (Tianjin, Fujian, and Guangdong), the European Union and China BIT, and, most recently, the Market Access Negative List System.

In discussing the State Council’s Opinions on Implementing the Market Access Negative List System, Chinese government officials have noted that the announcement is an important next step in China’s economic reforms, and a sign of China’s s intent to bring treatment of foreign investment into line with what will be expected in a BIT.

The speed of the US-China BIT negotiations, however, will be determined less by how rapidly China implements this new policy than by how quickly US and Chinese negotiators can come to agreement on the broader list of investment liberalizations that China is willing to undertake. While the efforts are related, China could decide to move forward with market openings for American companies as part of a BIT before opening those sectors up to other foreign investors. It could also decide to open individual sectors as part of its negative list pilot program, effectively opening some sectors prior to the conclusion of the BIT— something that would demonstrate that it is not waiting on the BIT’s finalization to pursue some of the investment liberalizations that have been named as core to China’s economic reforms, such as openings in the services sector. Either of those actions could provide additional momentum to the BIT negotiations.

Alternatively, China could choose to limit any commitments to finalize the BIT negative list until it has allowed its pilot program run its course through the end of 2017. Such a decision would likely halt rapid conclusion of the BIT negotiations.