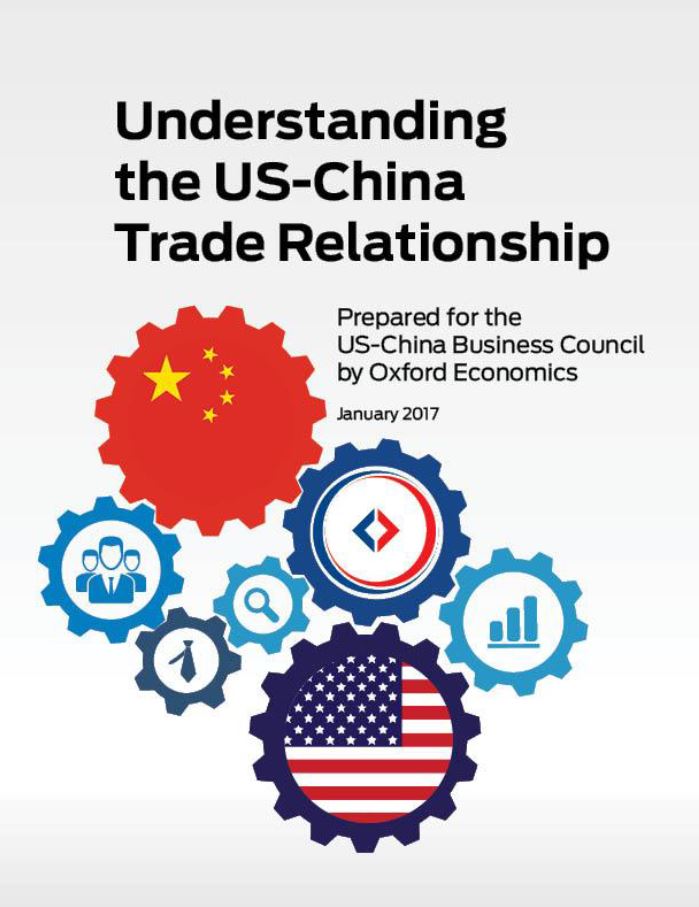 Today, the US-China trade relationship actually supports roughly 2.6 million jobs in the United States across a range of industries, including jobs that Chinese companies have created in America. And as the Chinese middle class continues its rapid expansion over the next decade (the number of Chinese middle-class consumers will exceed the entire population of the United States by 2026), US companies face significant opportunities to tap into a new and lucrative customer base that can further boost employment and economic growth. Economic data show that nations trading closely with China outperform nations with less integrated trade ties, and we expect this trend to continue.

Examples of the benefits to the US economy from trade with China include: