On this page, you can find the executive summary of the 2020 State Exports Report, a table of the most important data points, an interactive map to find data from your home state, and of course, a link to the full report! 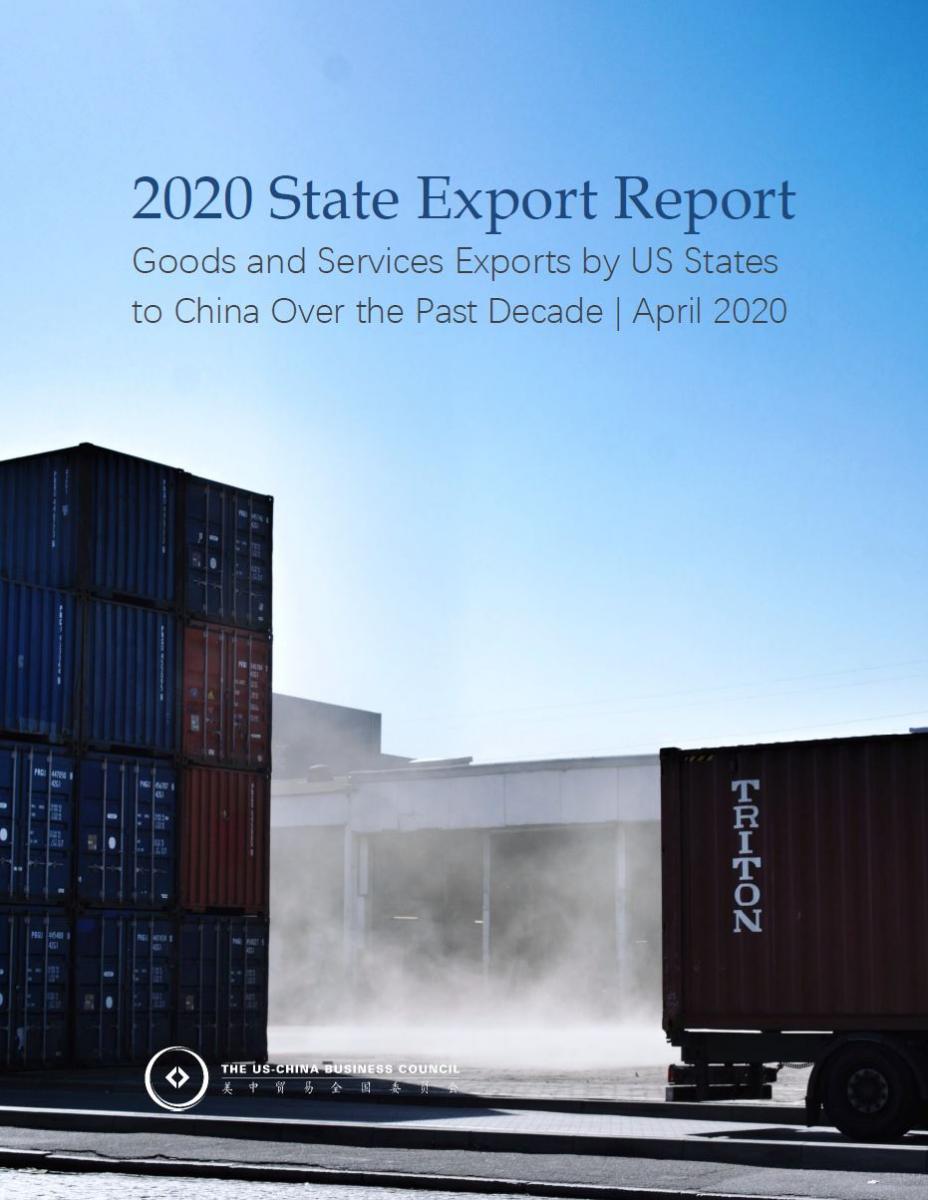 Over the past two years, tariffs and an uncertain business environment have prompted precipitous declines in US exports to China that have not been fully made up by export growth to other markets. For the second year in a row, US goods exports to China fell. Services exports to China grew in 2018, but at roughly the same slow pace as 2017. Despite these challenges, exports to China continued to be important to US economic growth, supporting just under one million jobs. 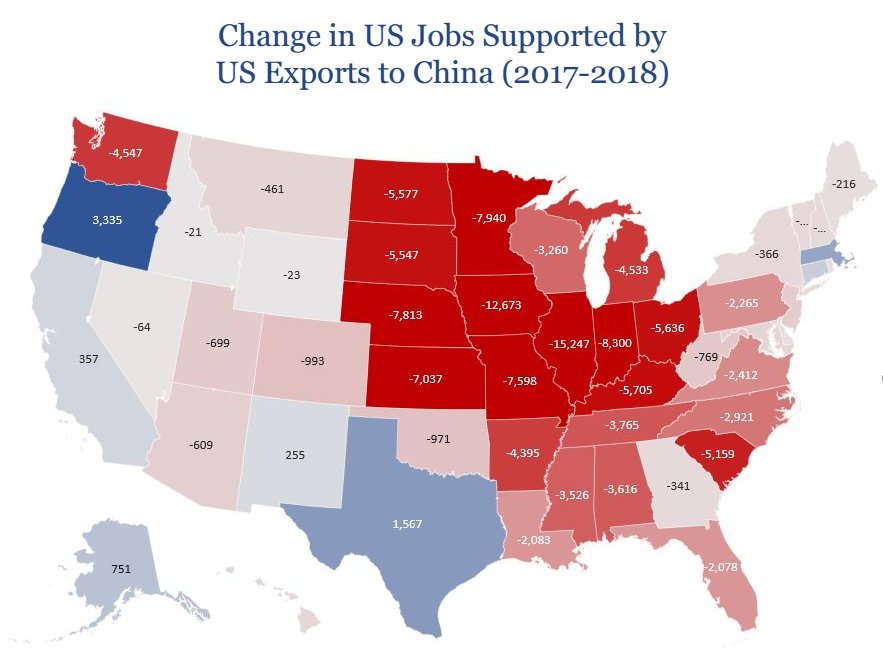 Impact of Trade Frictions on States

Many thanks to our sponsors

Find data from your state below: