Magnets may have saved the US auto industry. Yes, a version of that horseshoe-shaped piece of metal that entertains kids by attracting paperclips and coins has had many helpful uses, including reducing the size of Detroit’s “land barges” of the 1980s to compete with more compact Japanese imports.

Fresh out of engineering school in the early 1980s, Indiana native Mitchell Spencer joined General Motors (GM) as a process engineer. Around that time, his unit at GM invented a high-energy magnetic material that revolutionized electro-mechanical devices. This new material was comprised of key elements containing neodymium, iron, and boron (NdFeB). It enabled GM to make motors and alternators that could perform the same work in a smaller package, according to Spencer. 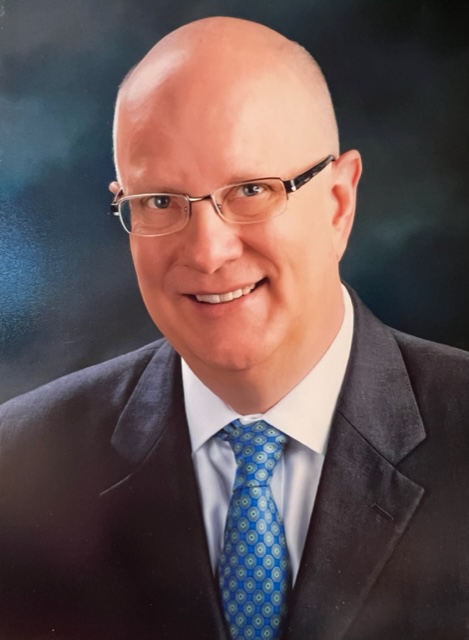 This happened because of the OPEC oil embargo in the 1970s that caused gasoline shortages, during which many Americans found themselves pushing those land barges with empty gas tanks into their local filling station, if the station had gas. “The Big Three US car companies got caught with big gas-guzzler cars, and the Japanese automotive companies—Toyota, Honda, Nissan—had small cars and ate our lunch, because their cars were more energy efficient.”

Batteries were also part of the product mix, and have morphed in recent times to be the key component in electric vehicles.

GM eventually sold Spencer’s unit to a consortium that included two Chinese partners. Spencer was required to go with the parts factory. Eventually, he was asked to go to Tianjin, China, to build a sister factory.

“I realized part way through the three years I was in China that they were building a bigger factory than needed. I built my own gallows in a sense. When the Indiana factory was relocated to China, I was asked to stay on as engineering manager, but I couldn’t ask my family to stay there with me.”

Was he caught in the jaws of the dynamic that sent US manufacturing jobs outside the country, specifically China? “In a way, yes. Three hundred jobs disappeared from Anderson, Indiana, when the factory was moved to Tianjin.” He also explained that all the key raw materials for the Anderson plant came from China. And 90 percent of the production (cake mix) of the plant would then go back to Asia (Japan, China, Southeast Asia) where the manufacturers then made magnets. It was the business and supply chain logic of the time to reduce costs. He acknowledges that magnets need to be made in the United States, but it will take major investment and 10 years to build expertise and facilities. “I’ll be retired by then,” he joked.

“Economically and socially, it was very painful for the communities that lost jobs. In the 1970s and 80s there were very good factory jobs. A lot of the components built in those factories were moved to Mexico and Korea. That is where it started. Then it finally went to China.”

“For me personally, it was a bad thing to see the factory in Anderson close. But when I started my business to put together electro-mechanical devices, it has worked out very well. There are at least two sides to the question of who caused those lost jobs. Many manufacturing jobs disappeared to Korea, Mexico, Taiwan, and finally China. But it didn’t stop there. Now China is becoming higher cost and factories are starting to move to Southeast Asia, Pakistan, or India.”

Then came the tariffs

One door closed and another opened for him. In 2001 he started his own business—Polaris Rare Earth Materials, which makes motor sub-assemblies with magnets that, for example, improve engine fuel efficiency. The other part of the business is distributing rare earth metals. Some of the magnet assemblies being imported from China are subject to Trump-era tariffs. He’s no fan.

“I’m going to give my own personal view. Around four years ago during the former administration, the White House thought they needed to shake things up because they thought the United States was being taken advantage of. Then came the trade tariffs. Then China imposed their own on us.”

Polaris was caught in the middle as the cost of one of its main imports increased 25 percent. He lamented: “I just feel like the tariffs are so wasteful. They add a lot of cost to the products. It is not value-added to have these tariffs. You ask yourself, ‘What are we trying to accomplish?’ Maybe we are trying to change the behavior of the trading partner. Or maybe we are trying to make the imported products more expensive, so we can bring the manufacturing home. Whatever the answer, it’s not working.” 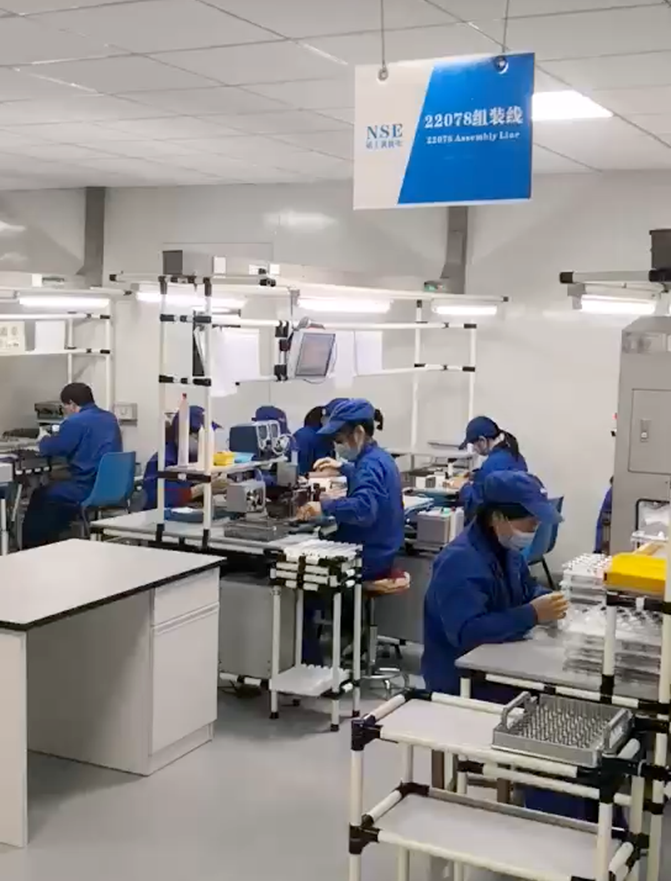 Then he asks the $350 billion question: “Are we getting along any better with China than we were four years ago? I don’t think so. Are we bringing a lot of jobs back to the United States? I don’t think so. Everyone agrees tariffs aren’t working. But who’s willing to take a political risk to stop them? It has been such a political hot potato. The first person who stops the tariffs will be labeled weak. But it is causing inflation and hurting small businesses.”

How are tariffs hurting Polaris? “Most of our imported parts missed the tariffs, but one part has a tariff that is costing us $20,000 to $25,000 a month, depending on sales volumes. We pay the tariff in full, then our customer reimburses us for half the tariff amount. The total annual tariff amount adds up to about $250,000 a year, $125,000 of which Polaris directly absorbs. That is about $500,000 absorbed by us over the past four years.” Spencer said he could easily hire another engineer for that amount, which would increase revenue, enabling the business to grow and to add more jobs. Stunting growth, he said, is one of many unintended costs of our trade policy that is not acknowledged even though it’s repeated across the country.

There’s another cost. He has two major competitors in Europe – both in Germany. They don’t pay 25 percent tariffs on their raw materials for their parts. But Polaris is forced to and then must quote against the Europeans. What helps him keep going is that he can be at the customer’s office after a four-hour drive and Polaris has excellent engineers. “Those competitors are not local. Even with the 25 percent tariff, we’re still competitive with the Germans, but just barely.”

Rare earth minerals and their distribution makes for an interesting and highly relevant business. The metal making requires a very special technology and is done in metal-making factories in China. Some is done in the UK, none in the United States. Polaris sells rare earth metals to the aircraft industry that are used in jet engines. They also supply samarium metal, which goes into Samarium Cobalt magnets, the “Cadillac of magnets,” for the aerospace industry.

Most of the easily mined rare earths are in China, Vietnam, Myanmar, and other Southeast Asian countries near China. Said Spencer: “Deng Xiaoping said God gave China the rare earths and the Middle East the oil. I would add, ‘then he sat back and said let’s see if everyone can get along.’”

Well, everyone isn’t getting along, and it remains to be seen what challenges lie ahead as countries struggle for control over these minerals, which are needed to make batteries that power cars and light trucks, and eventually big trucks and even airplanes.

“China doesn’t want to be the sole supplier of rare earths for the world. They have their own projects going, especially in electric vehicles.”

"Does it make sense to throw money down the drain on tariffs? There must be a better way.”

Part of the solution is to find other sources of supply and to shorten supply lines, as contemplated for certain kinds of advanced semiconductors and personal protective equipment (PPE). Mountain Pass, California, just west of Las Vegas, has a rare earth mine that was very active until the early 1990s when the state ordered it closed because of run-off of hazardous materials into the environment. The mine was resurrected some years later but closed again because of technical problems. “Now the phoenix is rising from ashes again and it looks like they are doing it in a way that makes more sense technically, so I think it will succeed this time. But that is not enough,” said Spencer.

In any case, the United States needs two key minerals: lithium and cobalt. There’s a shortage of lithium and the United States has little cobalt. Most of the latter comes from the Democratic Republic of Congo and Russia. US car makers want to be all electric in about 12 years from now. It will be a challenge to get there without access to the minerals and the ability to make batteries. Fewer than 10 battery factories were in operation in the United States as of summer 2022, though 13 new battery factories are slated to be built over the next five years. Alternative technologies are possible, but none is close to commercialization. Infrastructure for recycling batteries needs to be created as well to avoid toxic materials going into landfills.

Meanwhile, Polaris and its five full-time employees in the United States continue managing a plethora of risks. COVID-19 slowed deliveries of magnets and magnetic assemblies from their Chinese factory to 16 weeks. Geopolitical risks are increasing. And there is a constant threat of natural disasters, with typhoons blowing through where his factory is in Ningbo. His partner told him: “Don’t worry, typhoons haven’t come through here in 100 years.” But they’ve had several since he went into business there 16 years ago.

It would reduce his risk if in the future the Chinese factory could supply the Chinese and European markets while a facility in the United States supplied the domestic market. Today, 20 percent of Polaris’ China factory’s output is sold in China, but he sees that going to 50 percent—unless things go wrong with the politics. Given that Spencer has been deeply involved in business with China for 23 years—his son has even learned to speak Mandarin—the thought of that business radically changing or ending is deeply upsetting, as it is for his longtime Chinese partner who feels powerless in the face of forces now at work.

“I believe we Americans must keep a strong hand on what is right and wrong and what our values are. But does it make sense to end our business relationships after we’ve invested so much? Does it make sense to throw money down the drain on tariffs? There must be a better way.”