Paul Swenson has international business in his blood. For 15 years as a representative of US state governors’ offices in China, he helped smaller businesses in seven different states enter the China market. Earlier in his career, he also worked for two years as a commercial representative in Shanghai for a US government agency that promotes American business interests in China and other countries. He currently works for a Wisconsin company that makes synthetic lubricants for wind turbines. Their number two customer: China. 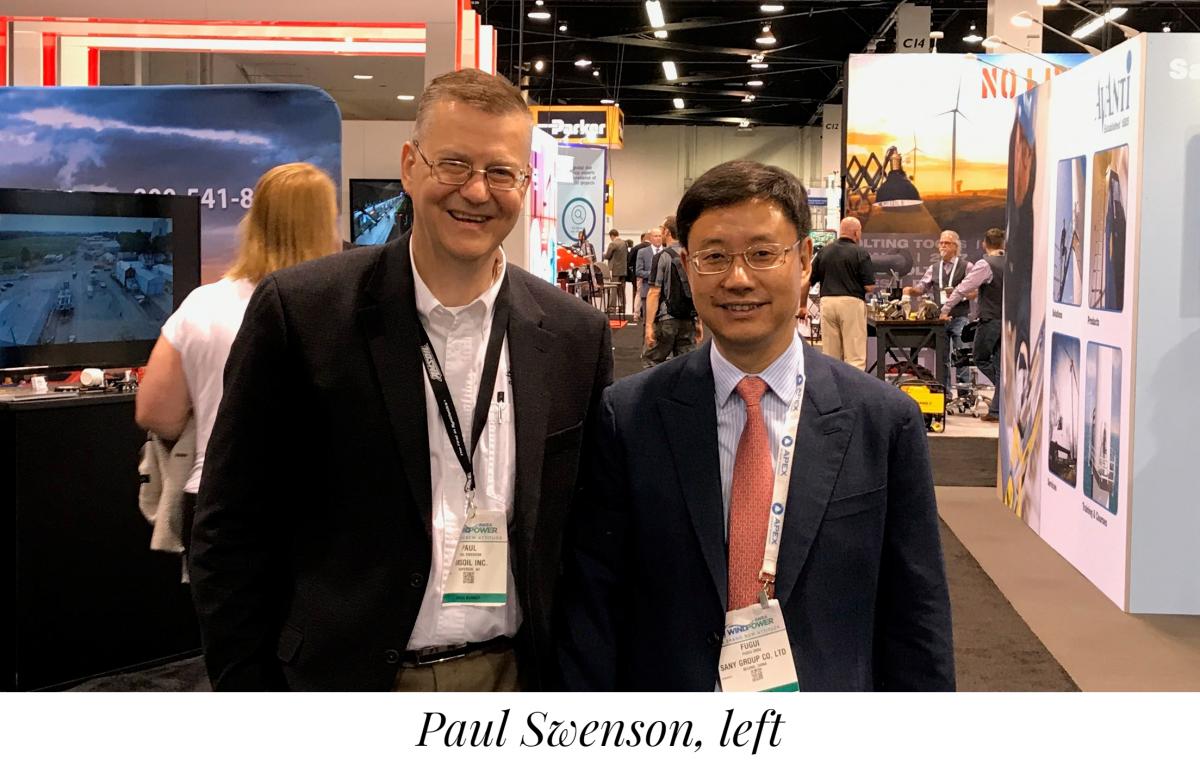 Looking to take the foreign service officer exam in Washington, DC, after his initial stint in China, Swenson was told by a colleague that the Council of Great Lakes Governors (eight Great Lakes states and two Canadian provinces) was hiring. That led him to relationships with Minnesota, Pennsylvania, and Wisconsin. “They wanted someone who could look at the issues both from a China perspective as well as a US perspective,” recalls Swenson. “As a government trade and economic development specialist, I always recommended the book The China Ready Company. I thought ‘I could have, and wish I had, written this book.’” He did something just as useful—handholding hundreds of companies through the new-to-market process.

The role played by state governments in helping their companies go global varies widely. It’s not known exactly how many companies engage in foreign trade in all 50 states, but international business is crucial to many. Companies that export to China support about 850,000 jobs, according to the US-China Business Council’s annual export report. Companies that import intermediate and finished goods from China support significantly more than that number.

Some governors are interested in promoting their state’s exports and attracting foreign investment. Both generate jobs and tax revenue. Swenson helped organize many governor-led trade missions to China in the years before COVID-19. Most missions included company representatives on a quest to make valuable contacts and sales.

“The value of the work done by states varies a great deal by state,” he said. “The states that put more effort into it—more frequent visits, a representative office in China—benefited more from the engagement, including by helping companies address issues in China that couldn’t be solved through normal channels, such as products stuck in customs, or payment issues with Chinese buyers or sellers.” He said governors’ visits aided in solving a lot of these problems very quickly. It also helped increase the profile of companies accompanying the governors to China. Companies got a branding lift in their home states and in China.

Has COVID-19 killed off this channel for business development and cultural exchange? “I like to say you’re not dead until you’re dead. I wouldn’t say the travel restrictions were a fatal blow, but the process was handicapped. Small companies now have to exert a lot more effort to get a similar return to what they could have gotten in the past.”

He likes to say: “In China nothing is easy, but everything is possible.” And in the next chapter of his career, he’s using this axiom frequently.

Today, he is not counseling other companies, he’s managing the wind and industrial business segments for a Wisconsin-based company, AMSOIL Industrial, that employs him as their general manager for the Asia-Pacific region. The main part of the business is synthetic lubricants for wind and industrial customers, mostly manufacturers. The parent company AMSOIL INC., introduced the world’s first API-qualified synthetic motor oil in 1972, and today manufactures synthetic lubricants used in automobiles, motorcycles, boats, and small engines. Swenson uses his previous experience helping other companies to enter the China market to grow AMSOIL’s business in the region. The company now has a rapidly growing share of the China wind market despite competing against some of the world’s largest oil companies.

For readers interested in the inner workings of those giant propellers mounted on white metal towers, turning in the breeze: what’s called a gear driven turbine uses synthetic lubricants for protection while converting the slow rotation of the blades to the higher rotations that produce electricity in the generator. Wind turbines use a great deal of lubricant, about 100 gallons to fill one turbine. The big offshore turbines require considerably more.

“Wind oils need to be very high quality. If bad quality oil is used and it damages the gear box, you need an industrial crane to take down the gearbox and repair it. The crane rental and repairs cost a minimum of $300,000. Wind turbine lubricants are like pharmaceuticals; they have a very long product development runway and they must be clean.”

What shifted sales into a higher gear was a series of fortuitous events during the COVID-19 lockdowns. Just before the pandemic struck first in Wuhan, Swenson convinced ownership to change their single warehouse strategy in China to one with multiple warehouses closer to the main markets where their customers were located. “Even when lockdowns were on, we were always able to distribute our products. We didn’t miss a delivery. Our competitors fell behind. Two of them had central warehousing facilities in Shanghai and they got locked down, unable to deliver lubricants.”

When wind turbines go down, there is a cost of lost electricity. AMSOIL stepped in, kept lights on and was rewarded with new business. It’s unclear how long the strong sales will last. Said Swenson, “The China market is very competitive on pricing, quality, and delivery times.”

"In general, there is tremendous opportunity for US products and services in China, though the risks in certain industries seem to be increasing."

The good news is that the wind power market in China is twice the size of that in the United States and growing much faster. China is blessed with a shallow drop-off from the continental shelf, enabling more offshore turbines. There is a lot of silting that occurs in these waters, creating a shallow seabed where more turbines can be planted. As a result, installation costs are much lower in China than in the United States or Japan, where turbine supports must be sunk much deeper.

So far AMSOIL has been able to avoid politics and most negative effects of the trade war. As Swenson and his team anticipated a tariff increase, they imported a great deal of safety stock, which helped them “weather the 40 percent tariff rate.”

The ups and downs of marriage

Swenson worries about the future of the US-China relationship but has been involved enough in its evolution to believe that what we’re experiencing now is history repeating itself. “The relationship has long periods where things are good followed by periods when they’re not; it is like being married,” he said. The current bad patch may be part of this pattern, he hopes, but it could also signal a change in direction. He calls China his second home and he’s deeply worried that one day it might not be as welcoming for foreign companies.

What to do? “We keep our head down and do business. There are a lot of opportunities to do business in China but you do not want to generate attention. Since our company is smaller and less well known, we avoid problems that some of our bigger competitors might face because of bilateral tensions.”

Instead, AMSOIL prefers that organizations like the US-China Business Council and the American Chamber of Commerce speak up for all businesses and talk to members of Congress and the administration, as well as China’s leaders, on their behalf. “The company is subject to regular questions from trade development officials, because AMSOIL is a longtime successful exporter, with products sold in 96 countries. They are interested in learning how what we do can be cloned.”

"Now is not the time to build a moat around our country and our thinking."

Can it? “In general, there is tremendous opportunity for US products and services in China, though the risks in certain industries seem to be increasing.”

He said that US companies involved early in solar panel production experienced the negative aspect of state capitalism and central planning. “Nearly every village in China created a company with the latest equipment to manufacture solar panels using government subsidies. They aren’t writing down debt like their US and European competitors. It is harder to have a conversation about cross-border cooperation in that industry because for non-Chinese companies, it was like an extinction event, driving them out of business. For other industries in the clean energy space, there is still some room for cooperation.”

COVID-19 laid bare the contradictions of companies following the cheapest vendor. “It used to make sense; it doesn’t when the supply chain suddenly breaks and global orders get delayed or canceled.” In some ways the shakeup in supply chains can also benefit smaller US businesses. “The product they sell in China can become part of their Chinese customer’s supply chain, and when that customer then moves out of China to other parts of Asia or the world, the small business’ product moves with it, exposing it to new markets.”

Harkening back to his days doing trade development for states and small businesses needing help entering new markets, he says the United States needs to redouble efforts to develop opportunities in important markets worldwide. “Some tremendous work has been done by states and the federal government through programs like the US Foreign Commercial Service. Now is not the time to build a moat around our country and our thinking.”